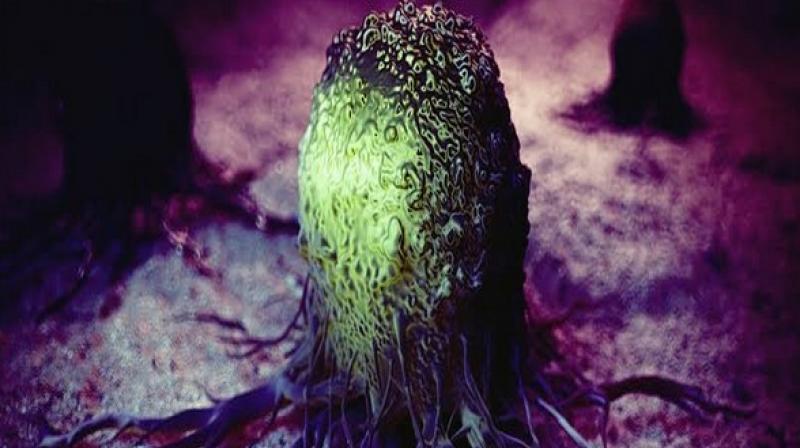 The efficacy of the candidate compounds was examined using cytotoxic activities, expressions of various cell markers, and tumour-suppressive activities as indicators. (Photo: ANI)

Glioblastoma, a malignant glioma, has a median survival period of approximately 15 months. One of the reasons for this is the lack of methods to eradicate its cancer stem cells or glioblastoma-initiating cells (GICs) that demonstrate tumorigenicity (ability to form tumours) and resistance to chemotherapies and radiotherapies.

In a study published in -- Neuro-Oncology -- the collaborative research group between Hokkaido University, FUJIFILM Corporation, and the National Institute of Advanced Industrial Science and Technology (AIST), has successfully cultured human GICs resistant to temozolomide (TMZ), a standard drug used for treating glioblastoma.

Next, using Fujifilm's compound library, they conducted a high-throughput drug screening to identify a compound that can specifically kill or inflict damage to GICs, not normal cells such as neural stem cells and atrocities.

The efficacy of the candidate compounds was examined using cytotoxic activities, expressions of various cell markers, and tumour-suppressive activities as indicators.

Compound 10580 was successfully identified as being capable of killing or inflicting damages to GICs. The research group identified that the compound inhibited the activity of dihydroorotate dehydrogenise (DHODH), an essential enzyme for pyrimidine synthesis found in the mitochondria's inner membrane.

While analyzing the compound's efficacy, it was also discovered that the compound decreased the expression of stem cell factors in GICs, unravelling a part of its molecular mechanism. Moreover, the compound was orally administered to tumour-bearing mice, which confirmed its strong anti-cancer efficacy. The mice exhibited no visible toxicity, suggesting that the compound is non-toxic to normal cells.

"Compound 10580 is a promising candidate for developing drugs against glioblastoma and other recurring cancers. Further technological developments of a drug delivery system or 10580 derivatives, which can cross the blood-brain barrier, are needed," said Toru Kondo of Hokkaido University's Institute for Genetic Medicine, who led the study.