The incurable disorder makes people constantly hungry and children can eat six times more than others their age. 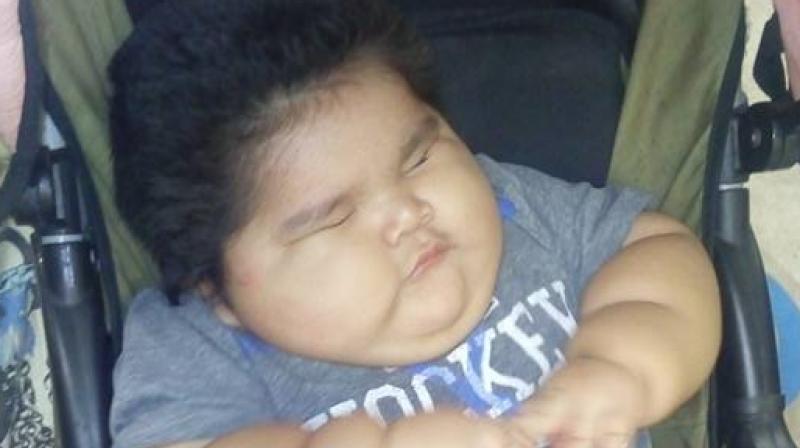 The child's weight is equivalent to that of a nine-year-old (Photo: Facebook)

Several people across the globe are affected by obesity and in some cases the situation can be much more serious than a few extra kilos. Infants gaining weight is considered healthy but in the past few years rare conditions have caused children to put on a bit too much.

Luis Manuel is a 10-month-old from Mexico and many are wondering if he is the world’s heaviest baby since his weight is equivalent to that of a nine-year-old. The boy weighs 30 kg and had to be dressed in clothes fit for two-year-olds just a month after he was born.

While his waistline has expanded at an unusual rate, doctors fear that Luis is suffering from the Prader-Willi syndrome which causes heart attacks among children. Issues including reduced muscle tone and a constant urge to eat are caused by the incurable disease.

His poor family is raising money for his medical expenses in case doctors confirm a diagnosis. They told Daily Mail that Luis can’t sleep at times since he felt he was being suffocated by his own weight.

The disorder is caused by loss of function of specific genes which makes people constantly hungry and children with the disorder can eat six times more than other children their age.