Malaria can now be treated with psoriasis drug

Drug for treating psoriasis can be used to treat malaria, finds study. 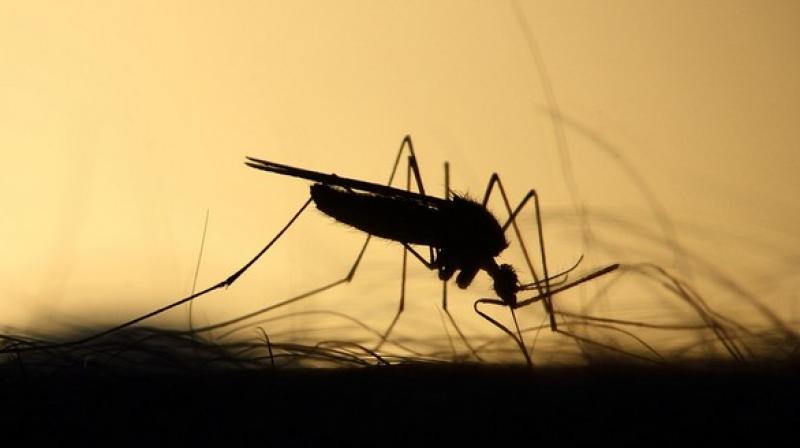 The team found that the modified pantothenamide molecules not only interfere with the development of the malaria parasite during its asexual growth phase. (Photo: Representational/Pixabay)

Researchers modified a class of molecules called pantothenamides to increase their stability in humans. The new compounds stop the malaria parasite from replicating in infected humans and from being transmitted to mosquitoes and are effective against malaria parasites resistant to currently available drugs.

A paper describing this new class of modified pantothenamides was published in the journal Science Translational Medicine.

Malaria is caused by the parasite Plasmodium falciparum, which is transmitted to humans from the bite of an infected Anopheles mosquito.

Because many Plasmodium parasites have developed resistance to the most common drugs used against them, there is a pressing need for effective new treatment options.

"We have known for a long time that pantothenamides are extremely potent against the malaria parasite, but they become unstable within biological fluids because an enzyme clips them apart before they can act," said Manuel Llinas, professor of biochemistry and molecular biology and of chemistry at Penn State and an author of the paper.

"Our team of collaborators, led by Koen Dechering at TropIQ Health Sciences and Joost Schalkwijk at Radboud University Medical Center in the Netherlands, found that changing a chemical bond in a pantothenamide molecule prevents this clipping, making it viable for use as a new antimalarial drug," added Llinas.

The team found that the modified pantothenamide molecules not only interfere with the development of the malaria parasite during its asexual growth phase in the blood but also prevent transmission of the sexual form of the parasite from human blood to mosquitoes.

"By also preventing the transmission of malaria parasites from infected people into mosquitoes, these pantothenamides can reduce the chances that mosquitoes will be infectious to others," said Llinas.

"It is currently widely accepted that next-generation antimalarial drugs must target the parasite at multiple stages to both cure the disease in an infected individual and prevent its spread to others," continued Llinas.

Llinas and Erik Allman, postdoctoral scholar at Penn State at the time of the research, investigated exactly how the four most potent molecules in the compound class kill the malaria parasite.

Specifically, they examined how these compounds affect the parasite's metabolism while growing in human blood.

The team discovered that, because the pantothenamide molecule closely resembles the essential vitamin B5, it is mistakenly taken in and metabolised by the parasite.

This leads to the formation of molecular analogues, or antimetabolites, which decrease the parasite's production of acetyl-CoA, a compound critical for its survival.

"The molecule has a mechanism of action that hasn't been used before," said Dechering. "This means that there's no resistance to the drug as yet, and it is effective against many forms of malaria. Because parasite resistance to malaria drugs is a major problem worldwide, we are very close to a breakthrough."