Find out about the causes and symptoms. 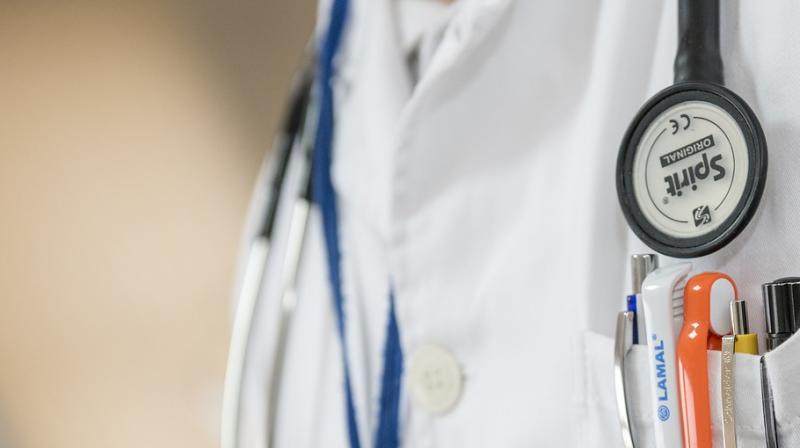 New Delhi: Endometriosis, a deviant growth of tissues outside the uterus, primarily expected to line the inside walls of the organ, can quietly propel one towards infertility or create a barrier in getting pregnant.

An estimated 10.8 million women suffer from endometriosis worldwide and one-third of women with this condition have struggled to get pregnant.

According to Dr Neena Bahl of Fortis La Femme, New Delhi, endometrium is the inner epithelial layer in the ovary. Endometriosis is a disorder where endometrium, primarily lining the inner walls of uterus, starts growing outside the uterus wall. "Often, this deviant development takes place on the ovaries, fallopian tubes, and tissues around the uterus and ovaries, and only in rare circumstances does the growth take place in some other part of the body," added Dr Bahl.

What causes endometriosis is still not known, as the reasons have varied from person to person. However, certain factors increase the risks of the disorder.
Hereditary: Women who share a family history with a person having the condition are up to 7-10 times more likely to develop endometriosis. Also, identical twins are prone to share the disease.

Retrograde Menstruation: During menstruation, the blood flows out of the body through gentile but retrograde menstruation or backward bleeding takes back the blood containing endometrial cells through fallopian tube to pelvic cavity.

Metaplasia: Under this condition, pelvic tissues are converted into endometriosis.

Other than these, the occurrence of menarche before the age of 11 years, prolonged days of profuse bleeding (more than five days), having a regular cycle of less than 27 days or even shorter, having first pregnancy in late age, low body weight, and alcoholism are some of the factors playing a significant role in endometriosis.

*  Symptoms that shouldn't be ignored

Pain: It is a warning sign of this condition. The severity of pain does not define danger; however, the location of the endometrial tissues does. When one is feeling pain before and during periods, pain during or after sex, abdominal, back and/or pelvic pain; pain during urination or bowel pass, ovulation pain passing through thigh or leg.

Bloating, bowel problem, tiredness, mood swings and spasm or tightness of pelvic floor during intercourse too is a warning sign.

Dr. Amita Shah of Columbia Asia Hospital, Gurugram, said, "Around 30 percent of women with the condition have faced difficulty in getting pregnant. Endometriosis tampers with the uterus. It does not necessarily make one infertile but clearly constitutes a hindrance in getting pregnant naturally. The excess adhesion caused by tissue growth can confine the egg and stop it from moving down the fallopian tube which in turn prevents a natural pregnancy."

The tissue development scars the fallopian tube, ovaries and affects the quality of the eggs. It also creates problems in the implant of the embryo in the uterus wall as the tube is damaged by the swelling and changes organs in the pelvis such as adhesions with scarred pelvic tissue and blockage of the fallopian tubes. By all means, endometriosis tampers with a womb and makes things difficult for women planning a child.

Fertility shares a good relationship with a healthy mind; women with depression and other mood-related disorder usually fail to conceive easily. Endometriosis along with trouble getting problems is accompanied by a number of mood disorders in the woman. Anxiety, stress, depression and feeling incomplete constantly are some of the feelings induced by endometriosis.

It is important to remember not all women with endometriosis are infertile. There exist enough cases where women have given birth without difficulty, have children before they are diagnosed with the disorder, and even become pregnant successfully. It is often during investigations of the cause of delayed pregnancy of failure after repeated tries, women discover the development of endometriosis.

If the treatment fails to make the situation any better than motherhood should not come to a pause, in vitro fertilisation (IVF) treatments is a gift of science to be utilized.

However, the treatment should not be compromised if one gets pregnant. Untreated endometriosis is a risk for premature baby birth, mostly before 40th week; bleeding after the 24th week of pregnancy; preeclampsia or high blood pressure and worst is a miscarriage.

So, understanding the disease, identifying the symptoms and treatment collaboratively can improve fertility and restore motherhood in a woman with endometriosis.