Yoga helps against non-communicable diseases: WHO 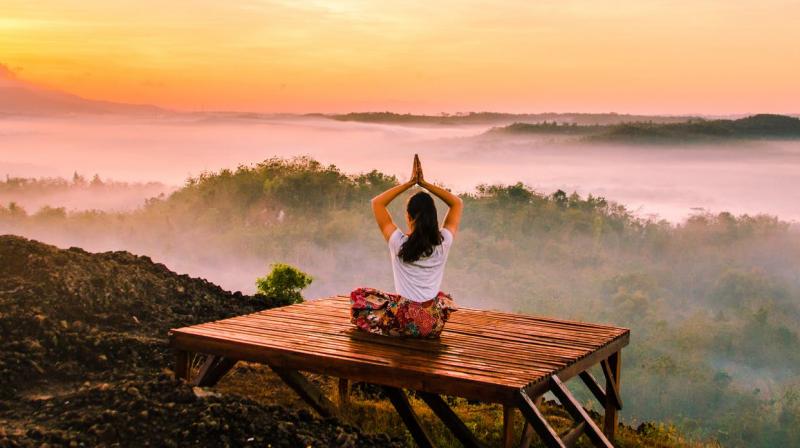 Crucially, it also reduces the risk of life-threatening non-communicable diseases (NCDs) such as hypertension, stroke, heart attack and diabetes - conditions that already cause an estimated 8.5 million deaths across the WHO South-East Asia Region annually.

As highlighted in World Health Organisation's (WHO) recently released Global Action Plan on Physical Activity 2018-2030, the routine practice of yoga - a 5000-year-old tradition - is a valuable tool for people of all ages to make physical activity an integral part of life and reach the level needed to promote good health.

"As member states across the region strive to reduce NCD-related premature mortality by a quarter by 2025, and one-third by 2030, yoga's full potential should be harnessed. Importantly, and as outlined in a resolution unanimously endorsed at WHO South-East Asia's Regional Committee in 2016, doing so should be part of a wider push to promote physical activity as a key preventive health measure," said Dr Poonam Khetrapal Singh, WHO Regional Director for South-East Asia.

To that end, each of the region's member states must go from theory to practice and fully implement the multi-sectoral NCD action plans they have devised. That each member state has now developed these plans - and has included specific points on promoting physical activity - is a tremendous achievement, but one that requires concerted efforts to ensure maximum impact.

Of specific focus in promoting physical activity should be engaging more vigorously across sectors, especially with planning authorities in urban areas. By creating open-air gyms, bicycle paths and running tracks, for example, urban environments can facilitate and promote physical activity, including yoga. That is particularly important given the sedentary lifestyle urban living too often encourages.

Schools also have a vital role to play. Promoting physical activity among students - for instance, by keeping facilities open outside of school hours, or ensuring time for structured free play - can help create healthy habits that last a life-time. The importance of an active lifestyle is a lesson every pupil should learn and be encouraged to fully embrace.

"Notably, the impact of efforts to promote physical activity should be monitored and evaluated on an ongoing basis. Doing so will allow national authorities to gauge the impact of their interventions and implement the right mix of policies. Achieving the target of a 15 percent increase in physical activity by 2030 demands all Member States stay on track or correct course where necessary," added Singh.

On the International Day of Yoga, the importance of routine physical activity that is integrated into our daily lives must be grasped. For people of all ages and all means, yoga is a valuable tool to increase physical activity and decrease noncommunicable disease, creating healthier individuals, communities and countries across the South-East Asia Region.