Having high BMI while carrying BRCA mutation is positively linked with higher levels of damage to DNA in normal breast gland cells. 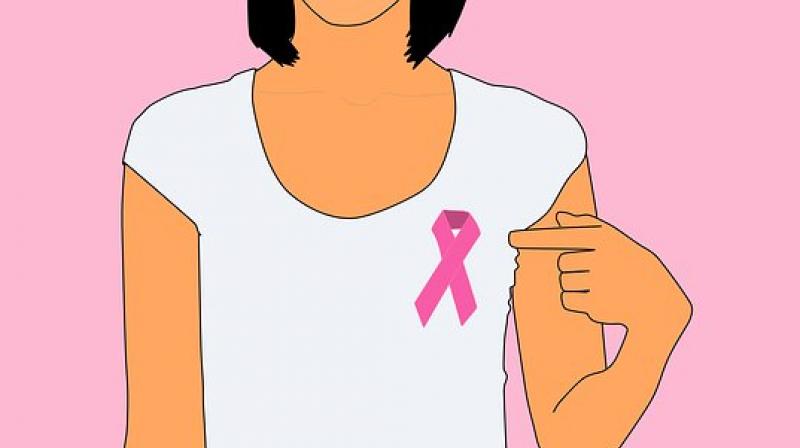 Obesity is a known risk factor for breast cancer, and breast cancer has been shown to occur more frequently in BRCA mutation carriers who are obese. (Photo: Pixabay)

Washington DC: It is found that in BRCA (BReast CAncer gene) mutation carriers, obesity is linked with increased DNA damage.

According to a study, being obese or having a higher body mass index (BMI) while carrying a BRCA mutation is positively linked with higher levels of damage to the DNA in normal breast gland cells.

Obesity is a known risk factor for breast cancer, and breast cancer has been shown to occur more frequently in BRCA mutation carriers who are obese than in those who are lean.

"These data show for the first time that obesity is associated with increased DNA damage in breast epithelium of BRCA mutation carriers," wrote lead study author Priya Bhardwaj and colleagues in their abstract.

Bhardwaj and her colleagues analysed archival breast tissue from 82 BRCA mutation carriers. Using immunofluorescence to stain the gamma-H2AX foci, which occur as a result of DNA damage, they examined the normal breast epithelium for DNA damage.

"Women who carry a mutation in BRCA genes have an increased risk of developing breast and ovarian cancer", said Kristy A. Brown, Ph.D., study principal investigator. "Obesity is a well-established risk factor for breast cancer in the general population and some studies suggest that maintaining a healthy lifestyle by exercising or avoiding obesity may decrease the likelihood of developing cancer in BRCA mutation carriers."

"This research provides biological evidence for cells of the breast being susceptible to the effects of obesity," she noted. "Maintaining a healthy weight may be associated with a decreased likelihood of developing breast cancer by limiting the amount of DNA damage in the breast glands."

The findings from the study were presented at ENDO 2018, the 100th annual meeting of the Endocrine Society in Chicago.