Asthma attack is common in winter 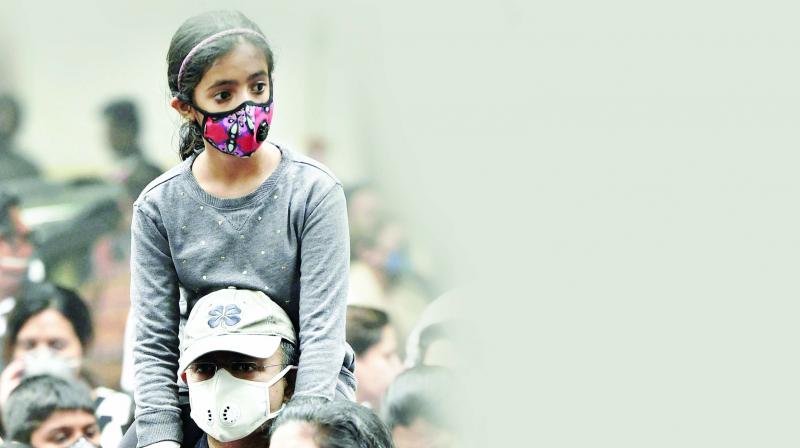 Presence of heavy dust particles in the air are seen due to low temperatures. With no wind movement, these particles are static in the air, making it difficult for people to breathe. Breathlessness, episodes of asthma attack, upper respiratory tract infections and chronic obstructive pulmonary disorders have seen a major rise.

Dr C. Vijay Kumar, consultant interventional pulmonologist at Apollo Hospitals, explains the care that people must take during the months of winter.

Q.Vehicular pollution is said to be the prime reason for increasing pollution levels in the city. What are the particles which affect people? What other pollutants are found in the static air?
Exposure to ozone depends on the place where people live and work and also on the time spent outside. When ozone levels are high, people must reduce the amount of time spent outside, plan outdoor activities when ozone levels are lower, usually in the morning and evening, do easier outdoor activities, such as walking instead of running and plan more of indoor activities. Particle pollution in cities is from motor vehicles, factories and construction sites. Particle pollution includes:

Q.Breathing this air affects the airways and the lungs?
Particles bigger than 10 micrometers can irritate your eyes, nose and throat but do not usually reach your lungs. Ten micrometers is about seven times thinner than one human hair.

Fine and ultrafine particles are of concern because they are most likely to cause health problems. Their small size allows them to get into the deep part of your lungs and even into your blood.

Q.What are the preventive methods that different age-groups must take during this season?
Being exposed to any kind of particulate matter may cause:

People who are at the highest risk of being bothered by particulate matter include:

Q.What are the precautions that identified patients must take?
EPA’s Air Quality Index, or AQI, is a tool to help you quickly learn when air pollution is likely to reach unhealthy levels. You can use the AQI to plan your daily activities to reduce exposure to particle pollution. When particle pollution levels are high, you can:

Q.With the presence of this air, what are the chances of a lung attack? How can lung attack be identified? What are the signs one must watch out for in an identified patient?
Those who have lung diseases cough more, have chest pain, wheeze, feel like you can’t catch your breath, get more tired than usual. They are not able to breathe as deeply or strongly like others do. They require medical help and intervention and if it is not given on time, it results in lung attack.