Researchers found that higher levels of cadmium in the blood were associated with diminished contrast sensitivity. 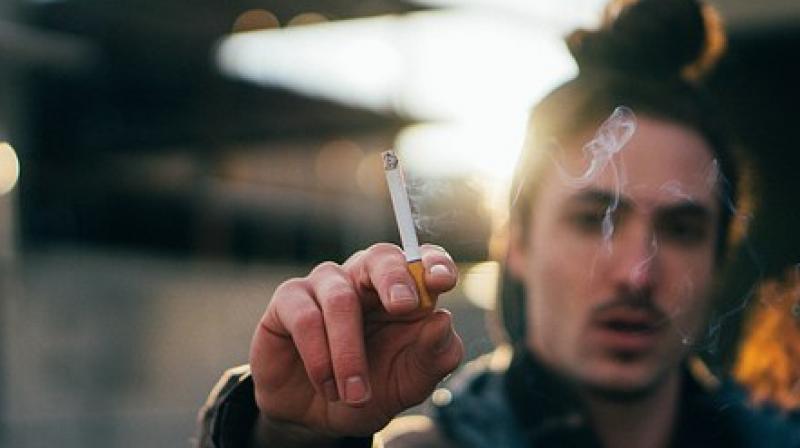 Smoking can raise cadmium levels, as can consumption of leafy green vegetables and shellfish. (Photo: Pixabay)

Exposure to a chemical in tobacco smoke could make it more difficult for people to see in low-contrast conditions, such as low light, fog or glare, a new study suggests.

Researchers found that higher levels of cadmium in the blood were associated with diminished contrast sensitivity, they report in JAMA Ophthalmology.

“This particular aspect of vision is really important because it affects your ability to see the end of a curb or put a key into a lock in low light,” said lead author Adam Paulson of the University of Wisconsin, Madison, School of Medicine. “It’s something that at this point in time there’s no way to correct, unlike visual acuity, which you can easily correct with glasses or contact lenses.”

Smoking can raise cadmium levels, as can consumption of leafy green vegetables and shellfish, Paulson said. It may be possible to eat greens and avoid cadmium if you can find produce that has not been treated with pesticides, he added.

For a closer look at the impact of two heavy metals, cadmium and lead, Paulson and his colleagues analyzed data from a larger study dubbed the Beaver Dam Offspring Study, which was designed to look at the aging process. Volunteers enrolled in that study between 2005 and 2008.

Both lead and cadmium accumulate in the retina, Paulsen said.

The retina is the layer of nerve cells at the back of the eye that senses light and sends signals to the brain.

Volunteers’ contrast sensitivity was examined through an eye test. Instead of making letters smaller and smaller, researchers made successive reductions in the contrast between the letters and the background. Volunteers would start with black letters against a white background. Then, with each iteration, the letters would become more and more washed out.

At the beginning of the study, all 1,983 participants had no impairment. All were retested at five and 10 years after the study started. At the 10-year mark, nearly one quarter of the study volunteers had some impairment of their contrast sensitivity, and that impairment was associated with levels of cadmium, but not lead.

That doesn’t necessarily mean that lead won’t impact contrast sensitivity. “Levels of lead in our study population were actually quite low,” Paulsen said. “It could be that in our study there wasn’t enough exposure to lead. It’s possible that another study might find an association.”

The new study suggests “that certain trace chemicals that we are exposed to in small amounts could be harming our eyes in subtle, incremental ways over time,” said Dr. Mandeep S. Singh of the Wilmer Eye Institute at Johns Hopkins Medicine. “Here, the investigators implicate cadmium, which is present at relatively high levels in cigarette smoke, but there could be other culprits which we don’t know about. But it is another good reason to avoid smoking.”

Many people don’t realize they can have good visual acuity, 20-20, and still not feel like they can see well, Singh said in an email. “Even people who can read all the way down to the smallest letters on the eye chart can have deficits in contrast sensitivity that tells us their vision is not OK.”

Cadmium is a neurotoxin, and it could be damaging the nerve cells of the vision system, Singh said.

Even those with 20-20 vision can experience problems with daily living if their contrast sensitivity is impaired, said Dr. Nicholas J. Volpe, George and Edwina Tarry Professor and chairman of the department of ophthalmology at Northwestern University’s Feinberg School of Medicine in Chicago.

Contrast sensitivity declines as we age, Volpe said. But the new study suggests there might be other factors that can affect it.

Volpe cautioned that the study has found an association, but it can’t prove that cadmium actually causes contrast sensitivity to decline. It’s possible cadmium is a marker for some other factor.

Another issue is that the researchers weren’t able to say that cadmium, independent of smoking, was associated with contrast sensitivity declines, Volpe said. So, until there are more studies, “I don’t know that we’ll be checking cadmium levels,” he said. “More often I’ll be saying, don’t smoke.”