With almost 100 cases across 14 states in the US, officials feel vaping is the culprit. 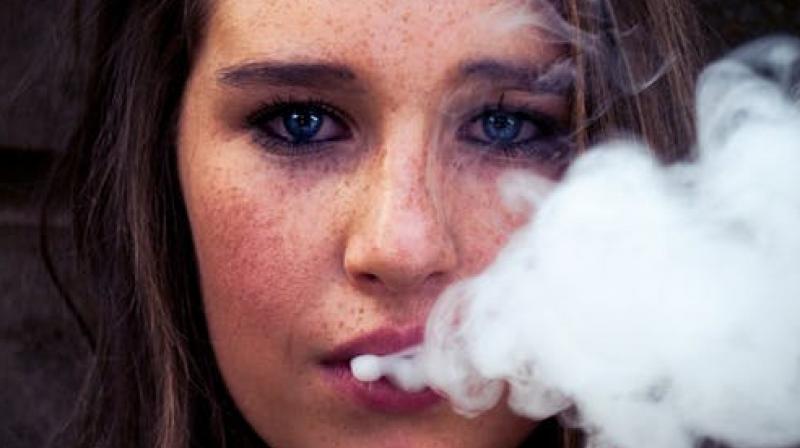 While vaping is a safer alternative compared to cigarettes, health officials in the US think that it is the reason behind mysterious lung illnesses, with up to 100 cases in 14 states that have come to notice. Most of the people affected have been teens and adults.

The ill-stricken have been hospitalised, with some of them on ventilators and in ICUs. Officials have issued warnings to the public to sensitise them about potentially dangerous lung condition. The symptoms observed among those affected include vomiting, diarrhoea, fever, cough, leading to shortness of breath, chest pain and difficulty breathing.

As reported by The Washington Post, officials from The Centers for Disease Control and Prevention are working with health departments in at least five states with confirmed cases - California, Illinois, Indiana, Minnesota and Wisconsin to determine the cause of the condition.

CDC spokeswoman Kathy Harben said that to date, there is no consistent evidence that an infectious disease is the culprit. It’s yet to be established as to what the exact problem about vaping is, out of the many plausible reasons. Is it the specific ingredients, the contaminants or the e-cigarettes? With this becoming a widespread concern, CDC officials have said that clinicians all over the country have been notified on what to look out for.

Vaping has become increasingly common, especially among teenagers. There might even be an epidemic in the future, officials have warned. Juul, one of the leading brands has been checking illness reports and is making sure that it has "robust safety monitoring systems in place."

Gregory Conley, president of the American Vaping Association, which advocates vaping products, said that close to 10 million adults vape nicotine every month without major issues. "It appears much more likely that the products causing lung damage are amateur-made street vapes containing THC or illegal drugs, not nicotine," he said.

However, health authorities have expressed their concerns. "We haven't had that kind of history with vaping to be able to assure anyone - teens included - that this is a safe practice," said Emily Chapman, chief medical officer at Children's Minnesota. She added that despite appropriate treatment, children’s symptoms which appeared to be manageable had only worsened.

But, when they were given steroids, among other therapies, there were signs of recovery. Thus, a connection was made between vaping and acute lung injury. It’s unclear whether there will be any long-term consequences for the patients, she said.

"These cases are extremely complex to diagnose, as symptoms can mimic a common infection yet can lead to severe complications and extended hospitalization," Chapman said. "Medical attention is essential. Respiratory conditions can continue to decline without proper treatment."