Listen to your body

Seemingly innocuous symptoms like frequent night time urination are often overlooked, when they may in fact, be pointing to a deeper problem. 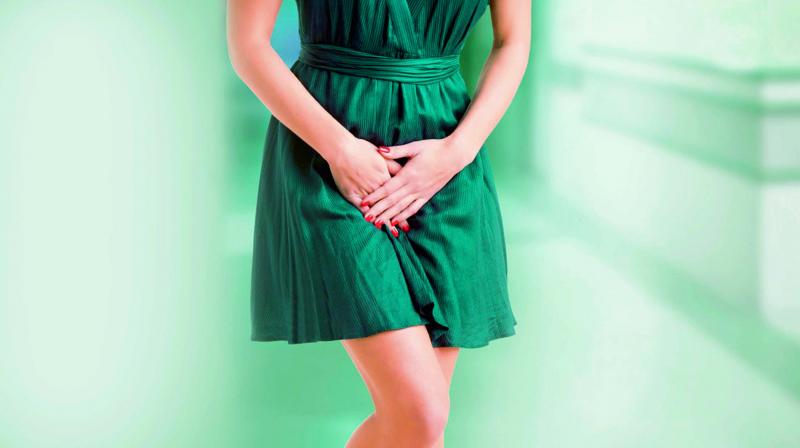 According to clinical records accessed, nocturia has been found to increase with age and increases rapidly among both men and women.

Often, the most easily identifiable symptoms are missed by people as they do not think them to be a sign that something is amiss. Getting up frequently at night to urinate — a condition known as nocturia for instance, can be one of the most innocuous symptoms of high blood pressure. However, approximately 25 per cent of the patients who walk in with symptoms of nocturia do not even mention it till the doctor asks, primarily because most of them are not even aware that it is one of the signs of high blood pressure.

Dr A. Sai Ravishanker, senior interventional cardiologist at Continental Hospitals explains, “People suffer for more than six months at a time and only those who are in an organised set-up where routine examinations are carried out, get detected. Although frequent urination at night is one of the symptoms of high blood pressure, there are also other reasons, hence patients need to be properly evaluated.”

The other common reasons for frequent urination at night are:
Urinary tract infection or bladder infection
Diabetes
Enlargement of prostrate
Overactive bladder
Tumours of the bladder or prostrate
Anxiety or swelling of the lower legs or the body retaining excess fluid
Heart or liver failure
Obstructive sleep apnea
Neurological disorders like multiple sclerosis or Parkinsons
Compression of the spinal cord

Recent studies carried out by the Cardiology Society of India have found that an estimated 140 million people in India are presently suffering from hypertension, with the numbers likely to go up by 214 million in the next 10 years.

According to clinical records accessed, nocturia has been found to increase with age and increases rapidly among both men and women. In the elderly population, it is found that nocturia is more common among women than men. “Salt intake that exceeds the kidney’s ability to excrete salt accumulated in the body can set off health problems. The cardiovascular system is extremely vulnerable to the adverse effects of excessive salt in the diet. Excess dietary salt intake affects the heart, blood vessels, and the kidneys. Some people can effectively excrete high dietary salt intake without an increase in arterial BP (called “salt sensitive”) while others cannot excrete effectively without an increase in arterial BP (called “salt insensitive”).

How to manage blood pressure daily salt intake:
1) Average daily salt intake was 10.98 grams per day for Indians above the age of 19 years but it has been revised to 5 grams per day, according to the World Health Organisation recommendations.
2) Salt consumption is higher in the Southern and Eastern states of India. Sodium is found naturally in foods, but a lot of it is added during processing and preparation. The Indian market thus has a lot of hidden salt, which makes it even more important to cut down on it.
High-Sodium Foods:
Smoked, cured, salted or canned meat, fish, poultry and sausage
Frozen breaded meats and dinners, such as burritos and pizza
Canned entrees, such as ravioli, spam and chili
Salted nuts
Canned beans with added salt
Buttermilk
Regular and processed cheese
Bread and rolls with salted tops, sandwiches
Quick breads, self-rising flour, biscuits, pancakes and waffle mixes
Pizza and salted crackers
Pre-packaged, processed mixes for potatoes, rice, pasta and stuffing
Regular canned vegetables and vegetable juices
Olives, pickles, sauerkraut and other pickled vegetables
Commercially prepared pasta and tomato sauces and salsa
Cup of noodles
Pickles

Diagnosis and treatment of hypertension:
1) Early diagnosis of hypertension — Pre hypertension stage — patient may not require medication. They may require lifestyle modification like low salt diet — DASH diet — eating more fruits, vegetables, and low fat dairy products, less saturated and total fat, quitting smoking and regular exercise.
2) Hypertension — Every 20 mm Hg reduction in systolic blood pressure or 10 mm hg lowering diastolic BP significantly reduces the risk of major cardiovascular disease events.
3)Proper management of blood pressure is important to reduce coronary heart disease by 41 per cent, stroke by 25 per cent, heart failure by 26 per cent, kidney failure by 37 per cent and death by 35 per cent.
4) To ensure proper diagnosis, it is important that the blood pressure readings are taken at different times of the day. The readings must also be taken for 10 to 15 days at a stretch.
5) A single reading is not a yardstick of high blood pressure. The different readings must be taken at home, work and also after exercise if the person is a fitness buff.
6) Regular medication is a must once the disease is confirmed and must not be skipped even if the readings are showing normal.
7) Along with medication, reducing salt, reducing high fat foods and avoiding highly processed foods, light exercise in terms of walking and a light workout is recommended.