Sleep-in to reduce risk of obesity

Study suggests people who sleep more on weekends tend to be better able to keep body weight in check. 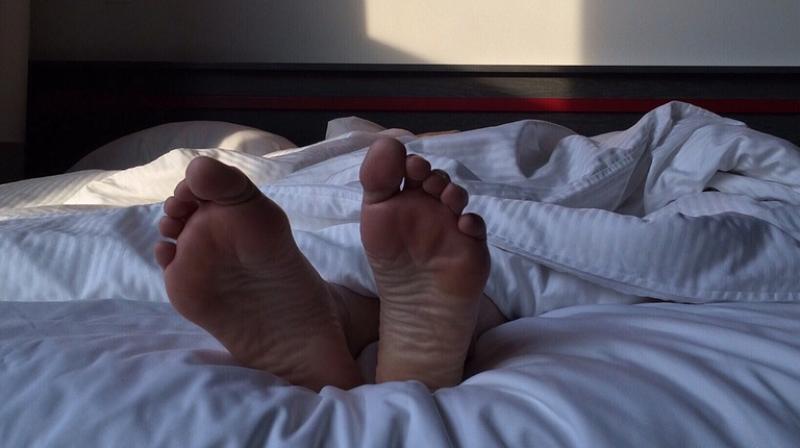 Not sleeping enough can cause a host of problems that range from physical to psychological. It can disrupt hormones and metabolism and is known to increase the risk of obesity, researchers write in the journal Sleep.

According to Dr Chang-Ho Yun of the Seoul National University Budang Hospital, “Short sleep, usually causing sleep debt, is common and inevitable in many cases, and is a risk factor for obesity, hypertension, coronary heart disease, as well as mortality,”

Sleeping in may be better than napping, as the sleep may be deeper and follows the body’s sleep-wake rhythms more closely, Yun said.

To determine how weekend sleep is related to body weight, the researchers used data from a nationwide survey of more than 2,000 people who ranged in age from 19 to 82 years old.

In face-to-face interviews, researchers asked participants about their height and weight, weekday and weekend sleep habits, mood and medical conditions.

The study team used this information to determine body mass index (BMI), a measure of weight relative to height, and whether participants engaged in catch-up sleep on weekends.

On average, the participants slept 7.3 hours per night and had BMIs of 23, which falls in the healthy range.

About 43 percent of people slept longer on weekends by nearly two hours than they did on weekdays.

People who slept-in on weekends tended to sleep shorter hours during weekdays, but slept more hours overall across the week.

The researchers’ analysis found that those who slept-in on weekends had average BMIs of 22.8 while those who didn’t engage in catch-up sleep averaged 23.1, which was a small but statistically meaningful difference.

“If you cannot sleep sufficiently on workdays because of work or social obligations, try to sleep as much as possible on the weekend. It might alleviate the risk for obesity.” Yun said.