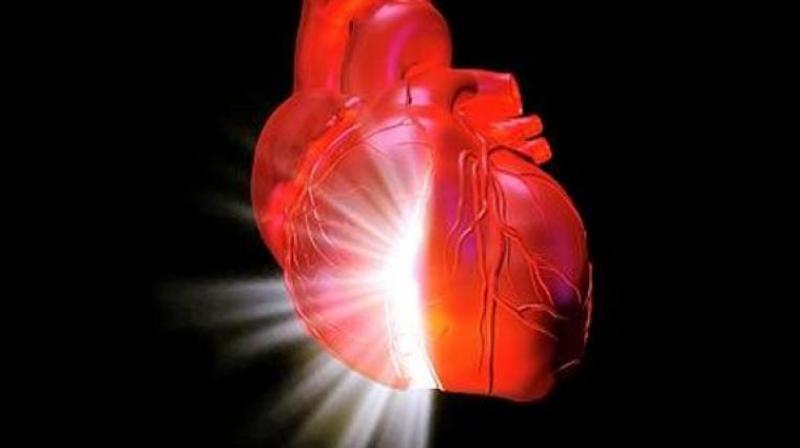 Washington: People living with atopic dermatitis, a common form of eczema, can now breathe a sigh of relief as a recent study has cast doubt about the skin condition risking hearts. According to a recent study, despite recent findings to the contrary, the skin condition is likely not associated with an increase in cardiovascular risk factors or diseases.

"In our study, people who reported having atopic dermatitis were not at any increased risk for high blood pressure, Type 2 diabetes, heart attacks or strokes," said lead author Aaron Drucker of Brown University. Drucker and a team of co-authors made the findings by analyzing the records of 259,119 adults aged 30-74 in the Canadian Partnership for Tomorrow Project. Drucker led the data analysis with the hypothesis, suggested by two recent studies, that people with atopic dermatitis (AD) would be significantly more likely to have various cardiovascular problems.

Instead, he found that the opposite was the case. A diagnosis of AD was associated with somewhat reduced risk of stroke (0.79 times the odds), hypertension (0.87 times), diabetes (0.78 times) and heart attack (0.87 times). Drucker emphasized, however, that he does not believe that AD is protective -- given the mixed evidence accumulated by researchers, the best conclusion is that AD is likely not positively associated with cardiovascular disease.

"It's important to make this clear so it doesn't get misinterpreted: Even though we found lower rates of these outcomes with atopic dermatitis, we are not interpreting that as atopic dermatitis decreasing the risk," he said. The findings are based on a statistical analysis that accounted for confounders including age, gender, ethnic background, body-mass index, smoking, alcohol consumption, sleep, physical activity and asthma. The findings appear in the British Journal of Dermatology.