These parents are also less likely to plan activities with their children like play dates so children get left out. 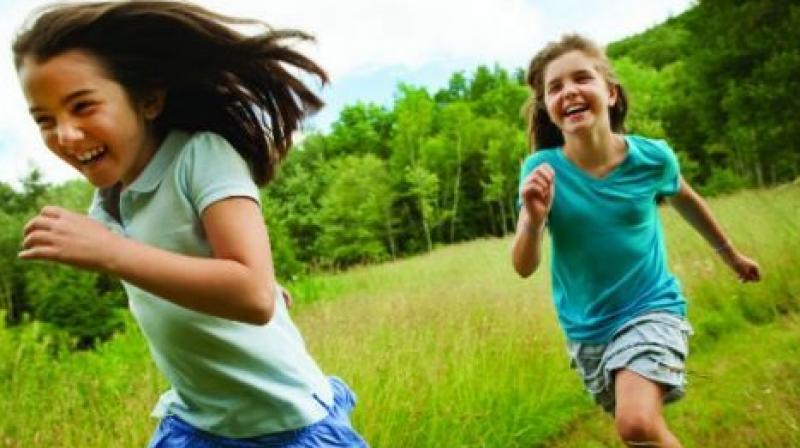 A parent’s serious depression could raise the rate at which a child’s friendships lapsed each year by more than 100 percent. (Photo: AFP)

Parenting styles and a parent’s mental health problems, particularly depression, play a role in a child’s ability to keep friends in elementary school, suggests a recent study in Finland.

With data on 1,523 Finnish children and their parents, researchers compared mothers’ and fathers’ parenting styles and depressive symptoms to predict how long friendships formed in the first grade would last, and how quickly friends would fall away.

It’s natural for children to make new friends and drift apart from others over the years, and the study team found that, on average, only 8 percent of friends from first grade remained friends in sixth grade. But a parent’s serious depression, for example, could raise the rate at which a child’s friendships lapsed each year by more than 100 percent above the average, the researchers report in the Journal of Family Psychology.

Kids with parents, especially mothers, who were significantly more psychologically controlling than average, engaging in behaviors like using guilt, shame or withdrawing love, for instance, lost friends at a rate 26 percent higher than average each year.

“We believe psychological control is harmful to children’s friendships because children adopt the same strategies of psychological manipulation with their friends so they can’t keep them,” said lead author Brett Laursen, a psychology professor at Florida Atlantic University in Boca Raton.

Friends also don’t want to come over to a child’s house if their parents behave badly, Laursen said in a telephone interview.

For the study, Laursen’s team, along with Noona Kiuru and Jari-Erik Nurmi of the University of Jyvaskyla in Finland, recruited parents and first-grade children at four schools in Finland. They had parents answer questionnaires about themselves and their children, and kids were asked which three classmates they liked to spend time with during recess and which three they least liked to spend time with. The kids were asked the same questions in subsequent years.

Based on the parents’ responses when their kids were in first grade, researchers rated their levels of controlling behavior as well as depression symptoms on a scale of 1 to 5, establishing a middle ground of around 2.5 as the average level of these characteristics in these groups of parents. Researchers then categorized individual parents by how much above or below this norm they fell.

Analyzing the children’s changing friendships over the years, researchers found that a large proportion formed in first grade, 48 percent, were dissolved by the second grade. By third grade, just 27 percent were still intact, and by fifth grade, it was 17 percent.

But when parents fell somewhat below the average for psychological control, for example, their child’s risk of friendship dissolution in second grade was 8 percent lower.

And when a parent had significantly higher than average depression symptoms, the child’s risk of friendship dissolution in second grade rose from 46 percent to 64 percent, in third grade it rose from 35 percent to 53 percent, and this heightened risk persisted through sixth grade.

A parent’s level of depression was also associated with higher levels of behavioral control, such as curfews and monitoring, as well as psychological control and lower levels of affection, researchers found.

Laursen noted that children with depressed parents don’t have the kinds of engaging relationships with their parents that leave them well adjusted. They often have mood regulation problems, such as temper issues and anxiety.

These parents are also less likely to plan activities with their children like play dates so children get left out because they’re not a desirable friend, he said.

“One thing I hope parents realize from this study is that the way they interact with their children has effects that extend beyond the household,” he added. “One good reason to get help with depression is to do it for your children.”

One limitation of the study was that Scandinavian parenting styles may not be generalizable to parents elsewhere.

“I think the big risk of a study like this is that it overly and narrowly defines how people ought to parent,” said Dr. Steven Schlozman, co-director of the Clay Center for Young Healthy Minds at Massachusetts General Hospital in Boston, who was not involved in the study. “The study should be taken in the context of your unique family system and your culture, community and values,” he said in a phone interview.

“Parents should take some assurance in this study that as long as they’re managing their own mental wellbeing that it won’t negatively impact their children’s friendships,” said Christina DiBartolo of NYU Langone in New York, who was not involved in the study.