On the occasion of World Liver Day, learn about the benefits and harmful effects of caffeine on your liver. 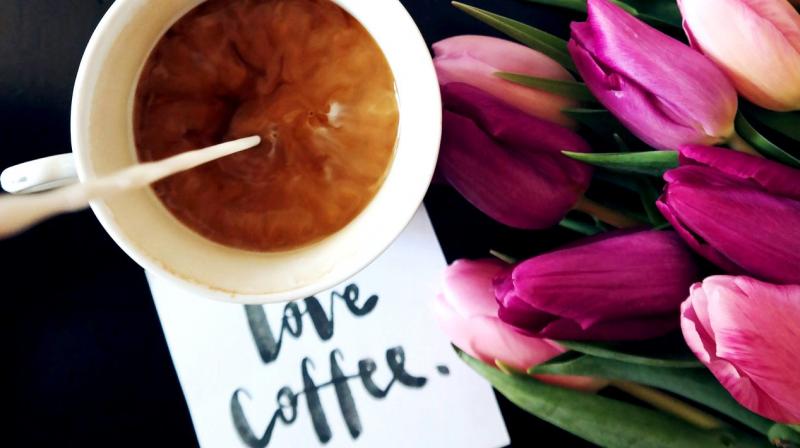 While consuming caffeine in a moderate amount has its health benefits, caffeine addiction can prove to be harmful to the liver. (Photo: Representational/Pexels)

Mumbai: Are you addicted to coffee, tea or cola? People develop an addiction to these beverages to get refreshed and improve mental alertness, alleviate fatigue, concentration and focus. Coffee, tea, cola and several other products contain a chemical called caffeine. Caffeine is a commonly used stimulant and also used in different types of drugs.

Caffeine is also used for treating type-2 diabetes and in assisting weight loss. Though caffeine is beneficial, its consumption in large quantities is not good for health. Health benefits of caffeine are also slightly unclear and debatable. Caffeine products with the concentrated form or pure form can raise health risks and can even be fatal.

Caffeine has several effects on the body including the liver. The chemical suppresses liver scarring in patients suffering from chronic liver disease. Due to the build-up of scar tissue, blood flow to the liver gets blocked, which affects the liver’s ability to function properly and heal itself.

The liver is the largest internal organ in the human body and plays a pivotal role in several physiological processes, which include blood detoxification and metabolic function. The liver is prone to sustain different types of damages, as it continually gets flooded with both internal and external toxins. The liver can regenerate itself by replacing the damaged tissues with healthy and new liver tissue.

Consuming a high amount of caffeine can be damaging to the liver, especially if taken in combination with alcohol. When the caffeine enters the body in any form, the liver releases certain enzymes to metabolise the chemical before allowing it to the bloodstream. Such activity temporarily impairs the blood sugar uptake in the liver and affects the functions, for which the blood sugar level increases and liver glycogen stores in the liver decreases.

People at the risk of developing the chronic liver disease as well as suffering from obesity, iron overload, hepatitis B or C or heavy alcohol consumption can reap the benefits of caffeine consumption. As per a study, consuming a limited amount of caffeine-containing beverages can significantly reduce the risk of developing chronic liver diseases in comparison to the people consuming less caffeine-containing beverages.

Researchers after undergoing extensive research have also found that caffeine breaks up the fat stored in the liver cells, which can be beneficial for the patients with liver disease. However, increasing caffeine consumption does not reduce the risk of constricting the liver-damaging virus. It is also risky to intake a large amount of caffeine in combination with acetaminophen, a pain-relief medication.

Another study reports, caffeine consumption is associated with milder fibrosis in patients with advanced liver disease and in particularly those patients with chronic HVC – hepatitis virus C infection.

Cirrhosis is a chronic liver disease and is among the leading causes of liver-related death. Though maximum cases of cirrhosis are due to long-term alcohol consumption, the non-alcoholic fatty liver disease also is the major cause behind developing cirrhosis. Researchers have reported, the effects of caffeine on liver stiffness are beneficial, which concludes that the chemical intake can prevent liver fibrosis long before the signs of liver disease develop.

Moderate consumption of caffeine-containing beverages can be beneficial for the liver but overconsumption can surely cause development of ailments. So, avoid drinking too much coffee or tea or any other caffeinated beverage for maintaining a healthy liver.