The researchers, including those from Harvard University in the US, previously showcased SHERLOCK's utility for a range of applications. 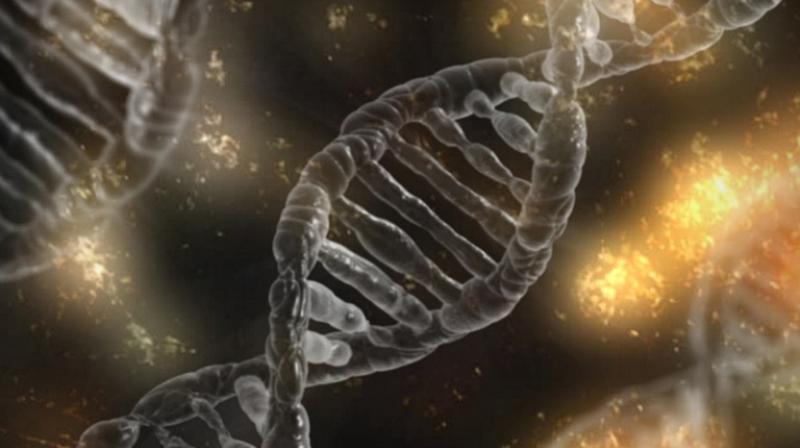 Scientists have developed the first inexpensive, miniature paper test that can precisely detect diseases from DNA samples and allows the results to be seen with the naked eye, just like pregnancy tests.

After dipping the paper strip into a processed sample, a line appears, indicating whether the target molecule was detected or not.

The test can accurately quantify the amount of target in a sample and test for multiple targets at once.

The innovations build on the team's earlier version of SHERLOCK (Specific High Sensitivity Reporter unLOCKing) and add to a growing field of research that harnesses CRISPR systems for uses beyond gene editing.

"SHERLOCK provides an inexpensive, easy-to-use, and sensitive diagnostic method for detecting nucleic acid material - and that can mean a virus, tumour DNA, and many other targets," said Feng Zhang, professor at Massachusetts Institute of Technology (MIT) in the US.

"The SHERLOCK improvements now give us even more diagnostic information and put us closer to a tool that can be deployed in real-world applications," said Zhang, senior author of the study published in the journal Science.

The researchers, including those from Harvard University in the US, previously showcased SHERLOCK's utility for a range of applications.

The team used SHERLOCK to detect cell-free tumour DNA in blood samples from lung cancer patients and to detect synthetic Zika and Dengue virus simultaneously, in addition to other demonstrations.

"The new paper readout for SHERLOCK lets you see whether your target was present in the sample, without instrumentation," said Jonathan Gootenberg, a Harvard graduate student in Zhang's lab.

The team envisions a wide range of uses for SHERLOCK, thanks to its versatility in nucleic acid target detection.

"The technology demonstrates potential for many healthcare applications, including diagnosing infections in patients and detecting mutations that confer drug resistance or cause cancer, but it can also be used for industrial and agricultural applications where monitoring steps along the supply chain can reduce waste and improve safety," said Zhang.

At the core of SHERLOCK's success is a CRISPR-associated protein called Cas13, which can be programmed to bind to a specific piece of RNA.
Cas13's target can be any genetic sequence, including viral genomes, genes that confer antibiotic resistance in bacteria, or mutations that cause cancer. In certain circumstances, once Cas13 locates and cuts its specified target, the enzyme goes into overdrive, indiscriminately cutting other RNA nearby.

To create SHERLOCK, the team harnessed this "off-target" activity and turned it to their advantage, engineering the system to be compatible with both DNA and RNA.

SHERLOCK's diagnostic potential relies on additional strands of synthetic RNA that are used to create a signal after being cleaved.

Cas13 will chop up this RNA after it hits its original target, releasing the signalling molecule, which results in a readout that indicates the presence or absence of the target.

The SHERLOCK platform can be adapted to test for multiple targets.