If influenza is not considered as a potential cause of the illness, it is unlikely that the patient will be treated for influenza. 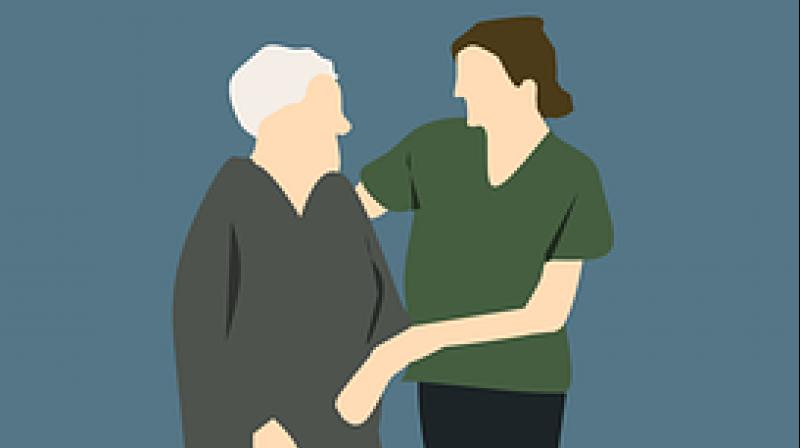 Even though elderly people have the highest rates of hospitalization and death from influenza, a US study suggests that older patients may be less likely to get tested for flu in the hospital.

Researchers examined data on 1,422 adults hospitalized with a respiratory illness or a high fever at four hospitals in Tennessee during the flu seasons from 2006 to 2012. The study team tested all the patients for influenza, regardless of whether the patients’ doctors had ordered tests.

Overall, only 399 patients had influenza tests ordered by their physicians, the study found. Seventy-seven of these patients turned out to actually have the flu.

Patients whose doctors ordered flu tests tended to be younger, around 58 years old on average, versus 66 for people who didn’t get tests.

This suggests many of the older patients with flu would have gone undiagnosed and untreated, said senior study author Dr. H. Keipp Talbot, a health policy researcher at Vanderbilt University Medical Center in Nashville, Tennessee.

“If influenza is not considered as a potential cause of the illness, it is unlikely that the patient will be treated for influenza,” Talbot said by email.

Treatment with oseltamivir (Tamiflu) can shorten the severity and duration of flu symptoms, Talbot noted, and it is also sometimes prescribed to spouses, caregivers or family members to help prevent the spread of influenza to other vulnerable older adults.

Sometimes older adults aren’t tested for influenza because they don’t get a high fever, one of the classic symptoms, Talbot noted. But the older adults in the current study did have fever or other symptoms of respiratory illness that would make them good candidates for testing.

Patients in the study were more likely to get flu tests ordered by providers if they had influenza-like illness than if they did not. However, classic symptoms of flu were less common in older adults than in younger patients, the study found.

Beyond its small size, other limitations of the study include the potential that results from Tennessee patents don’t reflect what would happen with testing elsewhere.

Newer rapid influenza tests might also impact how often physicians check patients for influenza, the authors note in the Journal of the American Geriatrics Society.

Even so, the study results offer fresh evidence that physicians should consider testing older hospitalized adults for influenza even when patients lack classic symptoms, said Dr. Hilary Babcock, an infectious disease professor at Washington University School of Medicine in St. Louis, Missouri, who wasn’t involved in the study.

“In cases where the classic signs and symptoms may not appear, providers are less likely to think of the diagnosis,” Babcock said by email. “This type of study can help to educate providers about variability in symptoms of influenza in different populations so that during influenza season, they think of influenza more frequently, even when a patient doesn’t have every classic sign.”