Exercising with music may alter brainwaves

The study says the brain mechanisms behind these effects appear to be linked to a boost in beta frequencies in some regions of the cortex. 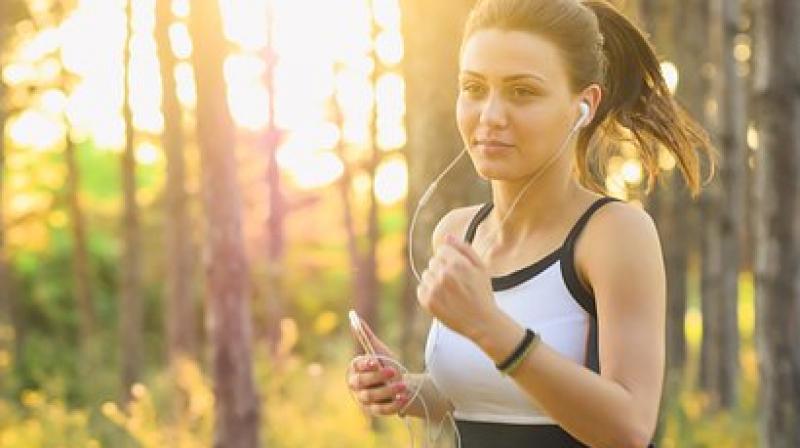 The study says the brain mechanisms behind these effects appear to be linked to a boost in beta frequencies in some regions of the cortex.  (Photo: Pixabay)

Listening to music while exercising can rearrange the brain's electrical frequency, causing a drop in focus but boosting your enjoyment during a workout session, a study has found.

Previous research shows that listening to tunes can be a game-changer for workout. In 2012, a study likened music to a legal, performance-enhancing drug, cheating tiredness and sparking feel-good vibes.

However the precise brain mechanisms music triggers during exercise are less understood.

Scientists from Brunel University in the UK have used portable electroencephalogram (EEG) monitoring with interference shielding technology to measure three types of brainwaves during exercise.

This lets them compare the brain's electrical feedback while exercising outdoors to music, a podcast, or no soundtrack at all.

"The EEG technology facilitated measurement during an ecologically-valid outdoor task, so we could finally explore the brain mechanisms that underlie the effects of music during real-life exercise situations," said Marcelo Bigliassi, psychophysiologist at Brunel.

Setting their own pace, 24 people walked 400 metres on an outdoor track to either a six-minute song track, a podcast about cities, or no sounds at all.

Researchers used psychological scales to measure how good the walkers felt, what they focussed their attention on, how pepped or alert they felt and how tired they felt.

Simultaneously they used EEG measurements and analysing software to plot their brainwaves across different band frequencies such as lower-alpha, upper-alpha, sensorimotor rhythm and beta.

Music distracted the walkers' focus, but boosted their energy levels and enjoyment more than the podcast and not listening to anything.

However, it made them enjoy walking more than without a soundtrack.

The study says the brain mechanisms behind these effects appear to be linked to a boost in beta frequencies in the frontal and frontal-central regions of the cortex.

"We showed that music has the potential to increase beta waves and elicit a more positive emotional state," said Bigliassi.

"This can be capitalised upon during other forms of exercise and render a given activity more pleasurable. People who struggle to engage in physical activity programmes should select appropriate pieces of music to exercise," he said.