The goal of screening is to detect tumours before they can be felt in a physical breast exam. 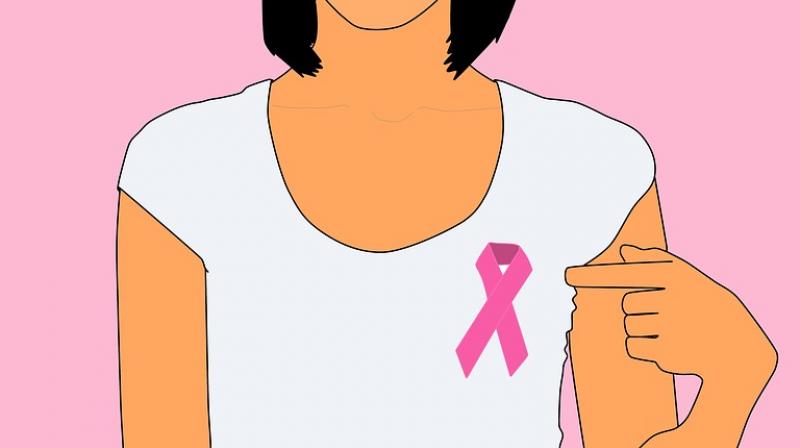 A biopsy may be needed to test for cancer after a mammogram or MRI reveals abnormal cells or other signs. (Photo: Pixabay)

Women who get magnetic resonance imaging (MRI) screening tests for breast cancer are more likely to get invasive surgical biopsies to look for tumours than women who just get screening mammograms, a US study suggests.

And regardless of previous breast cancer history, when women get MRIs, fewer of the biopsies that follow result in a cancer diagnosis compared to when women had just a mammogram, researchers report in JAMA Internal Medicine.

Doctors sometimes advise women with a prior breast cancer diagnosis or a genetic risk for certain aggressive, fast-growing tumours to get screening MRIs because these more detailed images may spot tumours sooner when malignancies are smaller and easier to treat. So it’s not surprising that the MRIs identified more spots that warranted follow-up testing with biopsies, said lead study author Diana Buist of the Kaiser Permanente Washington Health Research Institute in Seattle.

“But we had also expected that we would observe less invasive biopsies with more cancers detected,” Buist said by email. “Instead, after screening MRI we found more biopsies that were more invasive surgical and core biopsies, with lower cancer yield.”

Surgical or core biopsies involve removing large samples of tissue from the breast, and can result in scarring and infection. Fine-needle biopsies are less invasive, but may be more likely to miss abnormal tissue.

Altogether, these women had a total of more than 2 million MRIs or mammograms during the study.

Women who had a personal history of breast cancer were more than twice as likely to get an invasive core or surgical biopsy after an MRI than after a mammogram, the study found. About 57 in 1,000 women got one of these invasive biopsies following an MRI, compared with 23 in 1,000 after a mammogram.

The difference was even more pronounced when women didn’t have a prior breast cancer diagnosis: 85 in 1,000 MRIs led to invasive biopsies compared with 15 in 1,000 mammograms.

Higher rates of benign abnormalities and lower rates of confirmed cancer cases were found with biopsies that followed MRIs than with those that followed mammograms, regardless of whether women had a personal history of breast cancer.

“These findings are concerning,” said Dr. JoAnn Elmore, a researcher at the David Geffen School of Medicine at the University of California, Los Angeles, who wasn’t involved in the study.

“Because screening involves healthy women, we do not want to introduce harm by our screening,” Elmore said by email. “Having more women undergoing breast biopsy without improving the cancer detection rate is a harm.”

The goal of screening is to detect tumours before they can be felt in a physical breast exam, catching cancer sooner when it’s easier to treat. Ideally, this should mean fewer women are diagnosed when tumours are bigger, rapidly growing and harder to attack.

A biopsy may be needed to test for cancer after a mammogram or MRI reveals abnormal cells or other signs that have the potential to represent malignant tisue.

The study wasn’t a controlled experiment designed to prove whether or how MRIs might lead to more invasive biopsies or fewer confirmed cancer cases.

“It is critical to understand that there is no medical test that is appropriate for everyone, and MRI is no exception,” said Dr. Richard Bleicher, a breast surgeon and professor at Fox Chase Cancer Center in Philadelphia.

“Some patients benefit from the sensitivity, but others will do just as well with mammography alone, and won’t suffer the consequences of all the false positives, unneeded biopsies and surgeries, and constant anxiety-producing follow-up and tests that could occur for months or years from false positives, which suggest that cancer is present when it is not,” Bleicher said by email.