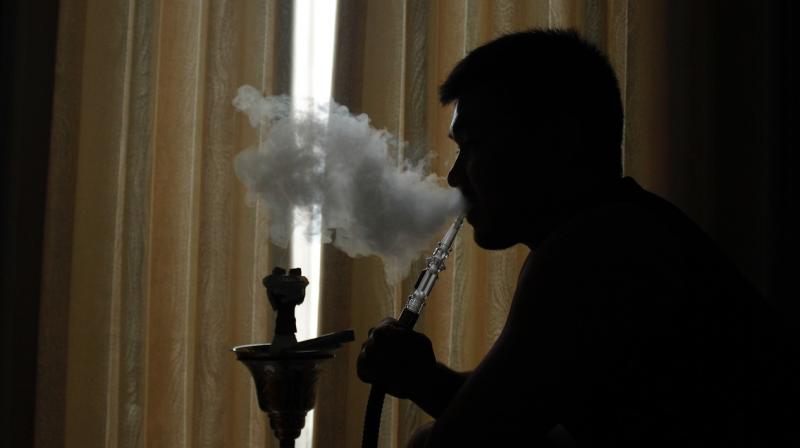 The labels on water pipe tobacco products are misleading because of improper testing. (Photo: Pixabay)

New York: Hookah tobacco products have labels that are misleading and perpetuate a false impression of safety, a new study has found. Hookahs are water pipes that are used to smoke specially-made tobacco, which comes in many different flavours.

Evaluation of pH levels, which were found to vary significantly among unwashed, washed and herbal products, is important, because higher pH levels allow nicotine to be absorbed more easily and quickly into the bloodstream, researchers said. "The nicotine content of water pipe tobacco is highly variable, much more so than we see with other tobacco
products," said Mark Travers from Roswell Park Cancer Institute. "In this study, we found that many of the labels were erroneous, with actual levels of nicotine varying anywhere
from 75 per cent less to three times higher than the amount stated on packaging," said Travers.

"This study provides a valuable assessment of the nicotine content and pH levels across a variety of waterpipe tobacco products," said Gary Giovino, professor at UB. "There is a need for standardised testing of waterpipe tobacco products, accurate constituent labelling and health warnings," Giovino said. "Misleading packaging and labelling provides hookah users with erroneous information and perpetuates a false impression of safety," said Jessica Kulak from UB. The study appears in the journal Tobacco Regulatory Science.