The vast majority of these deaths occur in the first five years of life, with newborns accounting for around half of the deaths. 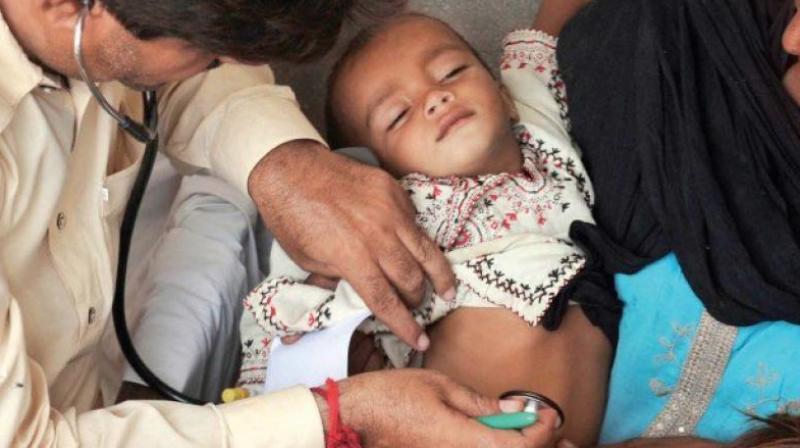 Most children under five die due to preventable or treatable causes (Photo: AFP)

An estimated 6.3 million children died before their 15th birthdays in 2017, or one every five seconds, mostly due to a lack of water, sanitation, nutrition and basic healthcare, according to report by United Nations agencies on Tuesday.

The vast majority of these deaths – 5.4 million – occur in the first five years of life, with newborns accounting for around half of the deaths, the report said.

“With simple solutions like medicines, clean water, electricity and vaccines” this toll could be dramatically reduced, said Laurence Chandy, an expert with the U.N. children’s fund UNICEF. But without urgent action, 56 million children under five - half of them newborns - will die between now and 2030.

Globally, in 2017, half of all deaths in children under five were in sub-Saharan Africa, where one in 13 children died before their fifth birthday. In high-income countries, that number was one in 185, according to the report co-led by UNICEF, the World Health Organization and the World Bank.

It found that most children under five die due to preventable or treatable causes such as complications during birth, pneumonia, diarrhoea, neonatal sepsis and malaria. Among older children - aged five to 14 - injuries become a more prominent cause of death, especially from drowning and road traffic.

For children everywhere, the most precarious time is the first month of life. In 2017, 2.5 million newborns died in their first month, and a baby born in sub-Saharan Africa or in Southern Asia was nine times more likely to die in the first month than one born in a high-income country.

Despite these problems, the U.N. report found that fewer children are dying each year worldwide. The number of under five deaths fell to 5.4 million in 2017 from 12.6 million in 1990, while the number of deaths in five to 14 year-olds dropped to under a million from 1.7 million in the same period.