New treatment may be good for adults with leukemia

Known as (CAR) T-cell immunotherapy, it genetically alters immune cells which go on to kill cancer in body. 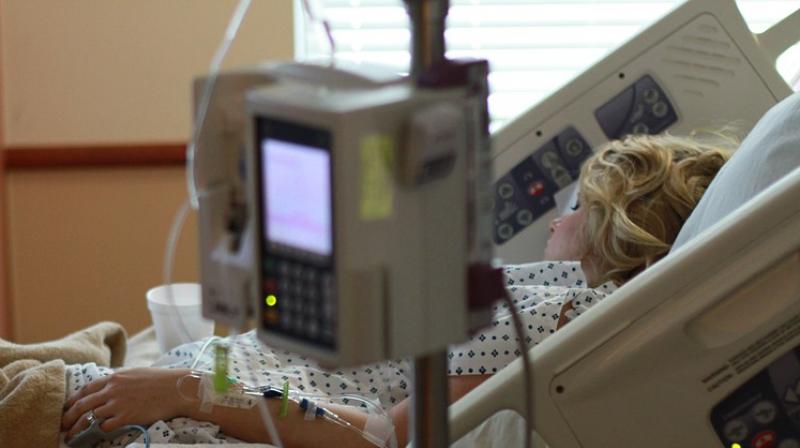 Seventeen out of 24 (71 percent) members of the group saw their tumors shrink or disappear after the infusion (Photo: Pixabay)

Miami: A cancer treatment that genetically alters immune cells has shown success in 71 percent of adults with the most common form of leukemia, and for whom other medicines had failed, US researchers said on July 17.

The treatment, known as experimental chimeric antigen receptor (CAR) T-cell immunotherapy, has made headlines in recent years, particularly after it helped beat back pediatric leukemia in the first US child to undergo the treatment.

The latest study involved 24 adults, aged 40 to 73, with chronic lymphocytic leukemia (CLL) that had failed to respond to between three and nine other kinds of treatments and were not expected to live long.

Among the treatments that failed this group was ibrutinib, a targeted cancer drug approved in 2014 for CLL by the US Food and Drug Administration, according to the findings in the Journal of Clinical Investigation.

"It was not known whether CAR T-cells could be used to treat these high risk CLL patients," said lead author Cameron Turtle, an immunotherapy researcher at Fred Hutchinson Cancer Research Center in Seattle, Washington.

The patients' T-cells were extracted from their blood and modified in a lab to recognize CD19, a target on the surface of leukemia cells.

The altered immune cells were then re-infused into the patients, where they swiftly multiplied and began to kill cancer cells.

"Our study shows that CD19 CAR T-cells are a highly promising treatment for CLL patients who have failed ibrutinib," said Turtle.

But side effects were common.

Twenty of the 24 (83 percent) experienced cytokine release syndrome -- a cluster of symptoms that can include fever, nausea, chills, irregular heartbeat, headache, rash and low blood pressure.

"For the most part the side effects were reversible, but two patients had side effects severe enough to require being admitted to the intensive care unit and one of those patients died," said the report.

The study is still in its early stages.

More research is needed to determine how long the patients can live cancer-free.

After treatment, a subgroup of 12 patients underwent a genetic test called IGH deep sequencing, which allows researchers to track cancer cells in the body.

Seven of the 12 were found to have no malignant gene sequences in their bone marrow.

All seven of these patients were alive and free of disease at a median, or midpoint, follow-up of 6.6 months after CAR T-cell infusion, said the report.

Last week, an advisory panel to the FDA urged regulators to approve the treatment for pediatric leukemia.

Experts say concerns about side effects are legitimate, but that the potential of the medicine to wipe out cancer heralds a new era for treatment.

The United States is expected to see about 20,000 new cases and 4,600 deaths from CLL this year alone.