Microbes can interfere with a drug's intended path

Researches show that Gut microbes can hamper efficacy of medications. 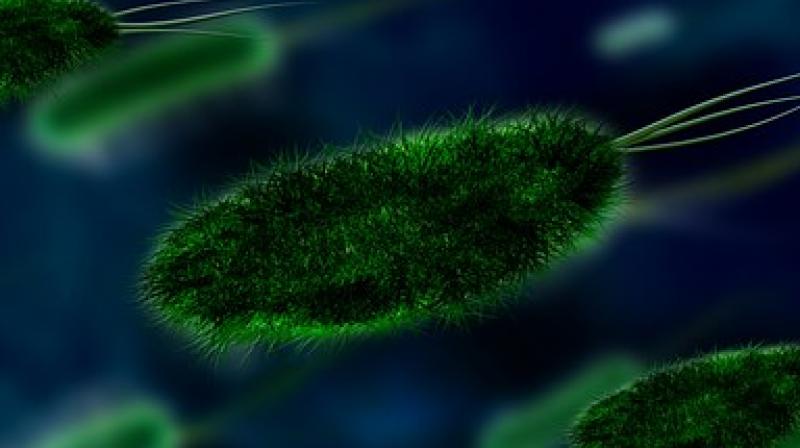 This microbial interference may not be limited to L-dopa and Parkinson's disease. (Photo: Representational/Pixabay)

Los Angeles: Our gut microbes can 'eat up' the medications that we take – degrading the efficacy of the drugs and often causing hazardous side effects, a study has found.

Researchers from the University of California (UC) San Francisco in the US describe one of the first concrete examples of how the microbiome can interfere with a drug's intended path through the body.

Focusing on levodopa (L-dopa), the primary treatment for Parkinson's disease, they identified which bacteria are responsible for degrading the drug and how to stop this microbial interference. Parkinson's disease attacks nerve cells in the brain that produce dopamine, without which the body can suffer tremors, muscle rigidity, and problems with balance and coordination.

L-dopa delivers dopamine to the brain to relieve symptoms. However, only about one to five per cent of the drug actually reaches the brain. This number and the drug's efficacy varies widely from patient to patient. Since the introduction of L-dopa in the late 1960s, researchers have known that the body's enzymes can break down L-dopa in the gut, preventing the drug from reaching the brain.

So, the pharmaceutical industry introduced a new drug, carbidopa, to block unwanted L-dopa metabolism. Taken together, the treatment seemed to work. "Even so there's a lot of metabolisms that's unexplained, and it's very variable between people," said Vayu Maini Rekdal, from UC San Francisco. Not only is the drug less effective for some patients, but when L-dopa is transformed into dopamine outside the brain, the compound can cause side effects, including severe gastrointestinal distress and cardiac arrhythmias.

If less of the drug reaches the brain, patients are often given more to manage their symptoms, potentially exacerbating these side effects. Maini Rekdal suspected microbes might be behind the L-dopa conversion to dopamine. Researchers hunted through bacterial DNA to identify which gut microbes had genes to encode a similar enzyme. Several fit their criteria; but only one strain, Enterococcus faecalis ate all the L-dopa, every time.

With this discovery, the team provided the first strong evidence connecting E faecalis and the bacteria's enzyme (PLP-dependent tyrosine decarboxylase or TyrDC) to L-dopa metabolism. Even though the human and bacterial enzymes perform the exact same chemical reaction, the bacterial one looks just a little different.

Maini Rekdal speculated that carbidopa may not be able to penetrate the microbial cells or the slight structural variance could prevent the drug from interacting with the bacterial enzyme. If true, other host-targeted treatments may be just as ineffective as carbidopa against similar microbial machinations. The team already discovered a molecule capable of inhibiting the bacterial enzyme.

"The molecule turns off this unwanted bacterial metabolism without killing the bacteria; it's just targeting a non-essential enzyme," Maini Rekdal said. This and similar compounds could provide a starting place for the development of new drugs to improve L-dopa therapy for Parkinson's patients, researchers said. After E faecalis converts the drug into dopamine, researchers found that Eggerthella lenta converts dopamine into another compound, meta-tyramine.

These bacteria consume dopamine, producing meta-tyramine as a by-product, which contributes to some of the noxious L-dopa side effects. "All of this suggests that gut microbes may contribute to the dramatic variability that is observed in side effects and efficacy between different patients taking L-dopa," said Emily P Balskus from the University of California, Irvine in the US.

This microbial interference may not be limited to L-dopa and Parkinson's disease, researchers said. The study could shepherd additional work to discover exactly how gut bacteria can impact our health, for better or worse.