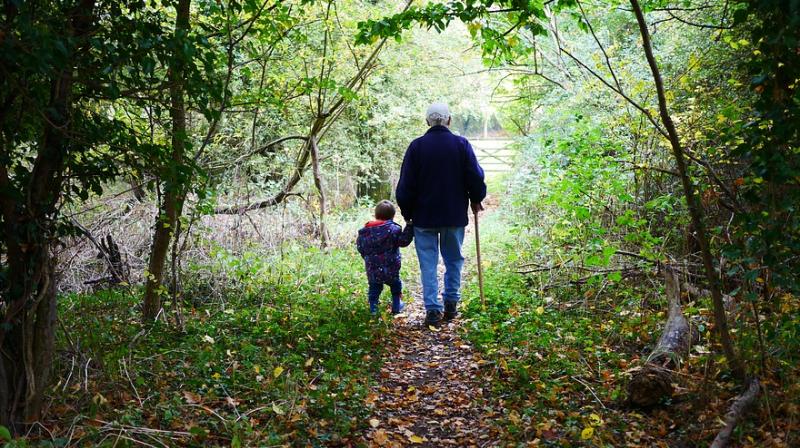 Walking a dog and spending time with grandchildren keep people with impaired lung function more active than their peers who don’t have these outlets, researchers say.

Staying physically active is important for people with chronic obstructive pulmonary disease (COPD), and finding things that motivate patients to move “is central to tailoring physical activity recommendations” and planning interventions, the authors write in Thorax.

Patients with COPD who regularly engage in physical activity, even of mild to moderate intensity, have a better prognosis, said senior study author Dr. Judith Garcia-Aymerich of the Barcelona Institute of Global Health in Spain. The effect of physical activity is "very consistent . . . regardless of subjects’ characteristics, geography, and methods to measure activity,” she said by email.

COPD are lung diseases that make breathing difficult and can cause wheezing or coughing. The most common forms are emphysema and chronic bronchitis. They most often occur in smokers and former smokers. About 30 million Americans currently have COPD, according to the COPD Foundation.

Garcia-Aymerich and her colleagues analyzed data on 410 COPD patients living in Barcelona and four other seaside cities in the Spanish province of Catalonia. Participants answered questions about their daily activities, marital and working status, health conditions and how their health affects their quality of life.

Researchers also used participants’ addresses to determine if they lived within a 15-minute walk of green spaces like parks, or blue spaces like the ocean, lakes or rivers. For one week, participants wore activity trackers that allowed researchers to tally their physical activity and its intensity.

About 12 percent of participants reported walking their dog and about 38 percent said they cared for their grandchildren. Half of them lived near green or blue spaces. The week of activity tracking showed that participants spent an average of three hours each day being active, about half of that moderately intense.

“Walking the dog and playing with grandchildren relates to better health, specifically higher levels of physical activity, even in subjects with moderate-severe respiratory disease,” Garcia-Aymerich said.

“One challenge about observational studies such as this is that we don’t know if people with COPD who chose to have (and walk) dogs or be involved in grandparenting are different in difficult-to-measure ways from those that don’t do these things,” said Dr. William Ehlenbach, a pulmonologist with the University of Wisconsin School of Medicine and Public Health in Madison who wasn’t involved in the study.

Patients with COPD who are not physically active are much more likely to develop progressive activity limitation than those with similar severity of disease who are active, he added.

“Muscle weakness can become a significant problem in patients with COPD and contributes to disability in these patients. With COPD, the adage ‘move it or lose it’ really seems to be true,” Ehlenbach told Reuters Health by email.

He found it interesting that proximity to green space was not associated with increased physical activity and added that it’s hard to translate these findings into specific recommendations since some people don’t have grandkids or like dogs.

“In general, I try to encourage my patients not to let fear or anxiety associated with shortness of breath prevent them from being active. I also encourage going for walks outdoors (weather permitting) or walk in a store or shopping center; even short walks at a slow pace are beneficial,” he said.