Risk of anemia is reduced by delayed clamping at birth 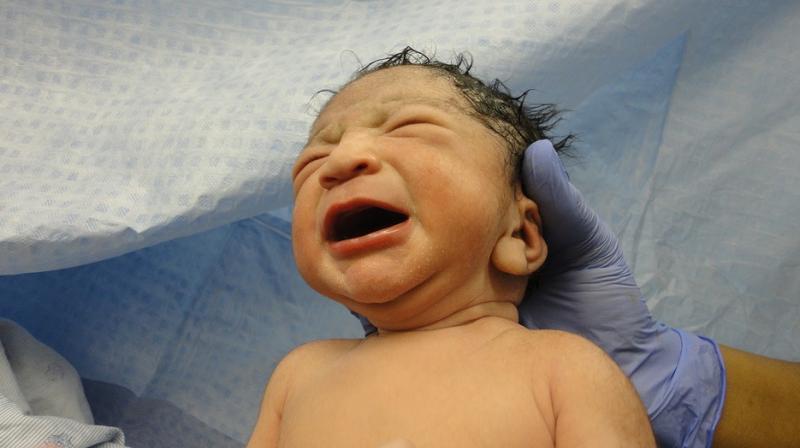 The extra blood can protected the baby from anemia and iron deficiency during its first year of life. (Photo: Pixabay)

Waiting at least three minutes to clamp the umbilical cord after birth is associated with a lower risk of anemia in babies, according to a study in Nepal.

Children with anemia and iron deficiency may have impaired nervous system development, which affects cognitive and motor abilities and behavior. Typically, they're treated with foods and supplements that provide extra iron, but some previous research has suggested delayed umbilical cord clamping may reduce the odds of iron deficiency by giving babies a transfusion of iron-rich blood from the placenta.

"If a baby gets clamped early, it will not gain access to the part of its own blood that is still in the placenta," said senior study author Dr. Ola Andersson, a pediatrics researcher at Uppsala University in Sweden."That extra blood could have protected the baby from anemia and iron deficiency during its first year of life," Andersson added by email.Iron deficiency is the most common and widespread nutritional disorder in the world, according to the World Health Organization (WHO). It is more common in developing nations, but it is also the only nutritional deficiency that is widespread in industrialized countries.

An estimated 2 billion people worldwide are anemic, mostly due to iron deficiency. In the developing world, the risk of anemia is compounded by a variety of infections that can lead to iron deficiency such as malaria, HIV and hookworm infestation.Treatment guidelines may need to change for more babies to get delayed cord clamping, Andersson said.Currently, the World Health Organization recommends waiting at least one minute to do this, while the American Congress of Obstetricians and Gynecologists advises a delay of 30 to 60 seconds after delivery.

One limitation of the study is that many babies dropped out before they could be assessed at 8 and 12 months of age, the authors note. Another drawback is that many clinicians delivering babies clamped the cord too soon for babies assigned to the delayed cord clamping group.Still, widespread use of this intervention could translate into 5 million fewer infants with anemia at age 8 months, the researchers conclude. The biggest benefit would be seen in South Asia and Sub-Saharan Africa where the prevalence of anemia is highest.

"The take home message is that a delay of umbilical cord clamping for more than three minutes improves infants’ iron stores in general, can protect against anemia in communities where iron deficiency anemia is common, and has earlier been shown to have favorable effects on developmental outcomes at 4 years of age even in a well nourished population," Andersson said.