Diabetes can cut 10 years of your life 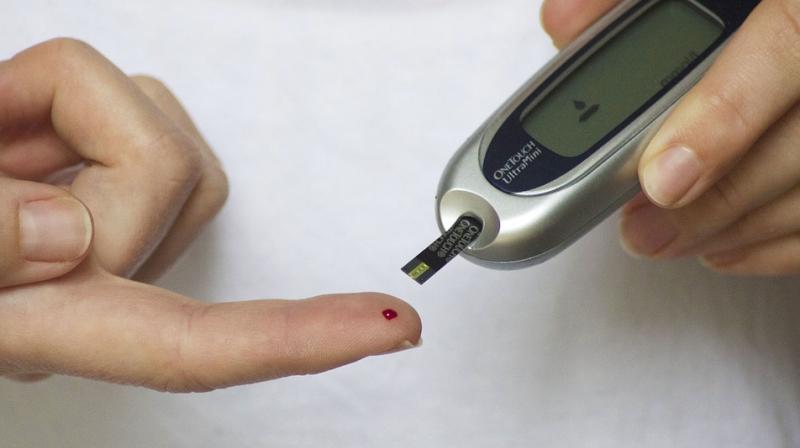 Those diagnosed by 50 are twice as likely to die before they reach 75 if they are suffering from type-2 diabetes. (Photo: Pixabay)

London: Diabetes in middle age could slash up to a decade off your life, new research shows. A University of Oxford study of more than half a million Chinese people found those diagnosed with the condition before 50 lived an average of nine years less than those without the condition.That figure rose to ten years for patients in rural areas.

Type 2 diabetes, the kind linked with being overweight, is known to double the risk of heart attacks and strokes.But this research provides the most concrete figures to date - showing that those diagnosed by 50 are twice as likely to die before they reach 75. Lead investigator Professor Zhengming Chen, of the University of Oxford, warned this does not have to be the case.

Lifestyle changes can dramatically reduce the risk of early death for Britain's four million Type 2 diabetes patients, he explains.But with the fatty and sweet Western diet increasingly popular worldwide, public health officials face an uphill battle to make those changes a reality.'As the prevalence of diabetes in young adults increases and the adult population grows, the annual number of deaths related to diabetes is likely to continue to increase, unless there is substantial improvement in prevention and management,' Professor Chen said.

The new findings show diabetes also raises the risk of dying from chronic kidney disease, chronic liver disease, infection and cancer of the liver, pancreas and breast.In China, diabetes prevalence has quadrupled in recent decades because of an increasingly sedentary, Westernized lifestyle and diet with an estimated 100 million adults now affected.Most previous studies of the disease have been in high income countries where patients are generally well managed.

The researchers estimated those diagnosed with diabetes at the age of 50 were almost twice as likely to die over the next 25 years (69 percent) compared with otherwise similar individuals (38 percent).This corresponded to an average loss of about nine years of life - eight years in urban areas rising to ten years in rural areas. This risk increased as the time since diagnosis lengthened.

Professor Chen said: 'In the UK patients are generally well managed thanks to the healthcare system, which is not the case in China, especially in rural areas.'There is no need for them to be unnecessarily alarmed. But they must remember the importance of physical activity and a good diet. It is vital patients listen to their GP.'The study published in JAMA included 512,869 adults aged between 30 and 79 from five rural and five urban areas scattered throughout China. They were recruited between 2004 and 2008 and followed up until 2014.

Among the participants, six percent had diabetes (4 percent in rural areas and 8 percent in urban ones).Three percent had been previously diagnosed, and the same number were detected by screening.The researchers found that, compared with adults without diabetes, individuals with diabetes had twice the risk of dying during the follow up period, with the increase higher in rural areas.

The risk of dying from inadequately treated acute complications of diabetes, such as am coma, was also much greater in rural areas, an much higher than in high income countries.The findings follow an international study of more than 800,000 people reported five years ago which found type 2 diabetes cuts lives short by an average of six years.

Last year the number of people living with diabetes in the UK tipped over the 4 million mark for the first time. Rates of diagnosis have soared by 65 percent over the past decade.Professor Chen added: 'Among adults in China, diabetes was associated with increased mortality from a range of cardiovascular and non cardiovascular diseases. 'Although diabetes was more common in urban areas, it was associated with greater excess mortality.'