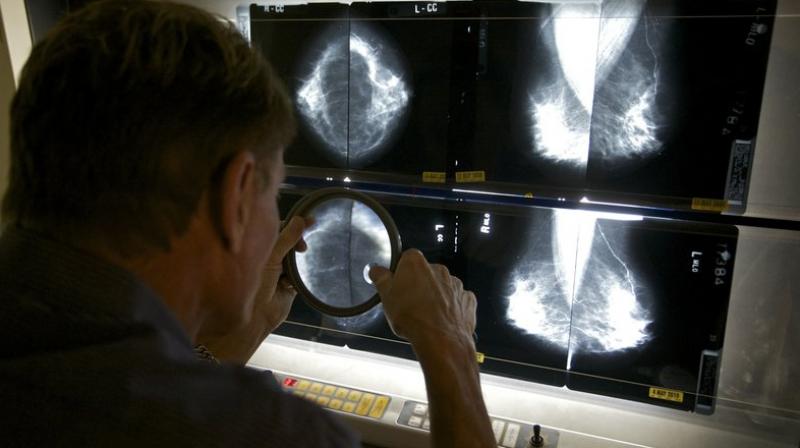 Women on estrogens alone for seven years had a 23 per cent lower risk of developing breast cancer up to 19 years later. (Photo: AP)

San Antonio: Women who use certain types of hormones after menopause still have an increased risk of developing breast cancer nearly two decades after they stop taking the pills, long-term results from a big federal study suggest.

Although the risk is very small, doctors say a new generation of women entering menopause now may not be aware of landmark findings from 2002 that tied higher breast cancer rates to hormone pills combining estrogens and progestin.

“The message is probably not clear” that even short-term use may have lasting effects, said Dr Rowan Chlebowski of Harbor-UCLA Medical Center in Torrance, California. He discussed the new results Friday at the San Antonio Breast Cancer Symposium. The results are from the Women’s Health Initiative, a federally funded study that tested pills that doctors long thought would help prevent heart disease, bone loss and other problems in women after menopause. More than 16,000 women ages 50 to 70 were given combination hormone or dummy pills for five to six years.

The main part of the study was stopped in 2002 when researchers surprisingly saw more heart problems and breast cancers among hormone users. Women were advised to stop treatment but doctors have continued to study them and have information on about two-thirds.

With roughly 19 years of follow-up, 572 breast cancers have occurred in women on hormones versus 431 among those on dummy pills. That worked out to a 29 per cent greater risk of developing the disease for hormone takers. Still, it was a difference of just 141 cases over many years, so women with severe hot flashes and other menopause symptoms may decide that the benefits of the pills outweigh their risks, doctors say. The advice remains to use the lowest possible dose for the shortest time.

“The hormones are stimulating the cells to grow” and it can take many years for a tumour to form and be detected, said Dr C. Kent Osborne, a Baylor College of Medicine breast cancer expert. Women are prescribed hormones in combination because taking estrogens alone raises the risk of uterine cancer. However, one-quarter of women over 50 no longer have a uterus and can take estrogens alone for menopause symptoms.

So the same study tested estrogens alone versus dummy pills in more than 10,000 such women, and the conclusion was opposite what was seen with combination hormones. Women on estrogens alone for seven years had a 23 per cent lower risk of developing breast cancer up to 19 years later. There were 231 cases among them versus 289 in the placebo group. These results contradict what some observational studies have found, though, and doctors do not recommend any hormone use to try to prevent disease because of the murky picture of risks and benefits.

The federal study only tested hormone pills; getting hormones through a patch or a vaginal ring may not carry the same risks or benefits. The results are another reason that hormone users should follow guidelines to get regular mammograms to check for cancer, said Dr Jennifer Litton, a breast specialist at MD Anderson Cancer Center in Houston. “Continuing to screen appropriately remains important,” she said.