Past studies in several cancer types had shown that cancer cells with different origins have different genetic profiles. 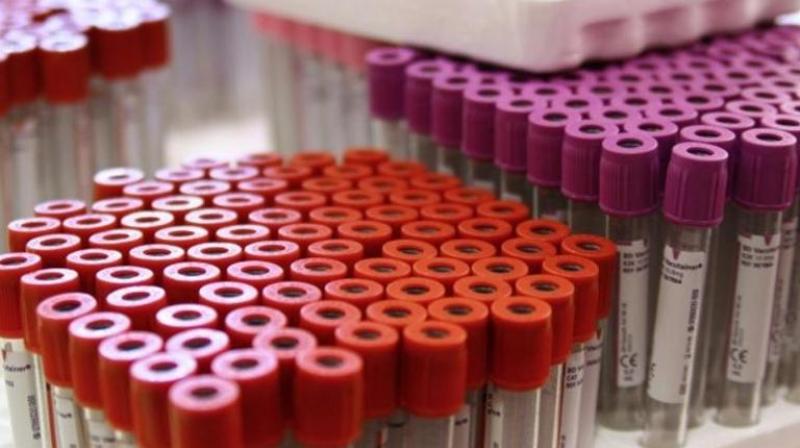 Cancer cells may arise from nearby tissue or may have spread to a location from another part of the body, but their genetic profile reflects the tissue of origin (Photo: AFP)

New York: Scientists have found that almost all ovarian cancers begin in the fallopian tubes attached to ovaries, a finding that may lead to new strategies for prevention and early detection of the deadly disease.

The study, published in the journal Nature Communications, revolves around the fallopian tubes, which enable egg cells that have the potential to be fertilised and become embryos - to pass from the ovaries where they are made to the uterus.

Researchers from New York University (NYU) Langone Health in the US found that ovarian cancer cells have more in common with cells covering the tips of fallopian tubes than with those on the surface of ovaries.

If biomarkers can be found for these tubal cells, future blood tests, advanced Pap smears, or direct tests on tubal tissue might be able to detect ovarian cancer earlier, researchers said.

The findings also point to the possibility that removing a woman's fallopian tubes, but not her ovaries, may reduce risk of ovarian cancer in those at high risk for disease, including those with genetic changes (mutations) known to increase risk, researchers said.

"Based on a better understanding of its origins, our study suggests new strategies for the prevention and early detection of ovarian cancer," said Douglas A Levine from NYU.

Also not yet clear is whether or not the cells that become ovarian cancer become malignant in the fallopian tubes or if they circulate to other organs first, researchers said.

If it is the latter, then removing the fallopian tubes might not work. It is also possible that some ovarian cancers originate elsewhere, they said.

Past studies in several cancer types had shown that cancer cells with different origins have different genetic profiles.

Cancer cells may arise from nearby tissue or may have spread to a location from another part of the body, but their genetic profile reflects the tissue of origin.

"We found no differences in the 20,000 genes that we can identify. This leads us to believe that that these ovarian cancers all originate in the fallopian tubes," said Levine.