Anaemia can lead to cause of dengue

Study says anaemia may contribute to the spread of dengue. 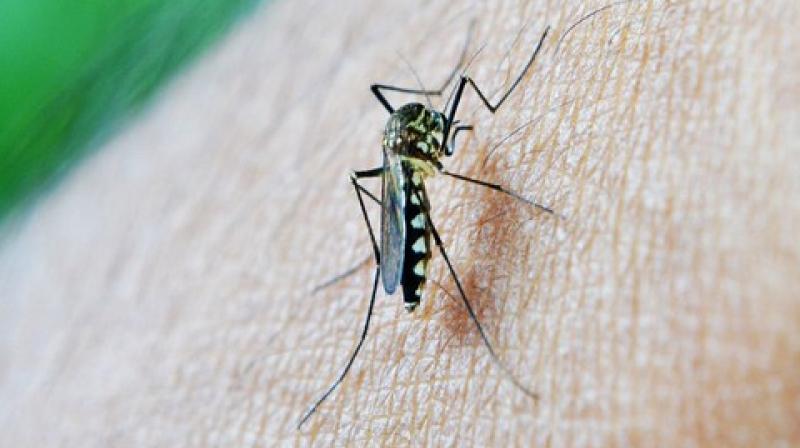 Cells in a mosquito's gut take up iron in the blood and use it to produce reactive oxygen. (Photo: ANI)

Dengue is most commonly acquired in urban environments, and the expansion of cities in the tropics has been accompanied by an expansion in dengue infections.

UConn Health immunologist Penghua Wang wanted to see if blood quality had an impact on the spread of the dengue virus. Blood levels of various substances can vary tremendously from person to person, even among healthy people

Wang and colleagues at Tsinghua University and State Key Laboratory of Infectious Disease Prevention and Control in Beijing, King Mongkut's Institute of Technology Ladkrabang in Bangkok, and the 920 Hospital Joint Logistics Support Force in Kunming ran a series of experiments to explore the idea.

They collected fresh blood from healthy human volunteers, then added the dengue virus to each sample. Then they fed the blood to mosquitoes and checked how many mosquitoes were infected from each batch.

They found it varied quite a lot. And the variation correlated very closely with the level of iron in the blood, reported the study published in the journal, ' Nature Microbiology'. "The more iron in the blood, the fewer mosquitoes were infected," saidWang.

The team found it held true in a mouse model, too: mosquitoes feeding on mice infected with dengue were much more likely to acquire the virus if the mice were anaemic. The reason has to do with the mosquitoes' own immune systems. Cells in a mosquito's gut take up iron in the blood and use it to produce reactive oxygen. Reactive oxygen kills the dengue virus.

"In areas where dengue is endemic, iron deficiency is more common. It doesn't necessarily explain it, the high prevalence of dengue...but it could be possible that iron supplementation could reduce dengue transmission to mosquitoes in those areas," Wang said. But there's a big caveat.

In any case, Wang said, understanding how dengue is transmitted will help public health authorities and scientists develop new ways to control the disease, and hopefully similar viruses such as Zika and West Nile virus as well.