Previous research has shown that expressive writing can help individuals process past traumas or stressful events. 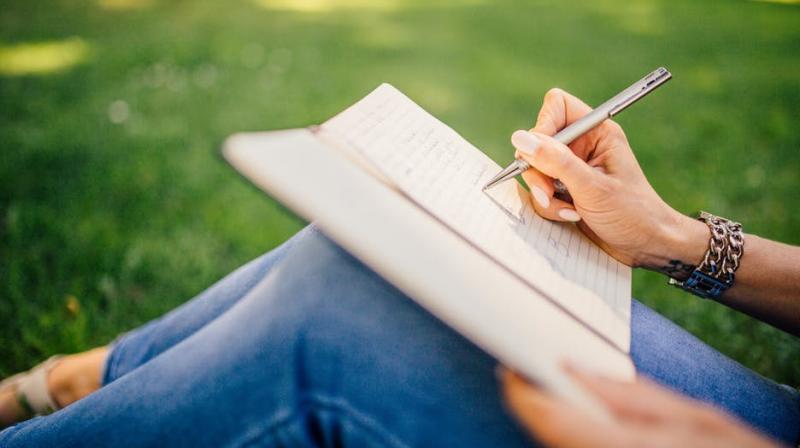 Researchers say that this technique takes the edge off the brain, allowing one to perform the task with a cooler head. (Photo: Pexels)

Simply jotting down your feelings may help you perform an upcoming stressful task more efficiently, according to a study which provides the first neural evidence for the benefits of expressive writing.

"Worrying takes up cognitive resources; it is kind of like people who struggle with worry are constantly multitasking, they are doing one task and trying to monitor and suppress their worries at the same time," said Hans Schroder, from Michigan State University in the US.

"Our findings show that if you get these worries out of your head through expressive writing, those cognitive resources are freed up to work toward the task you're completing and you become more efficient," said Schroder.

For the study, college students identified as chronically anxious through a validated screening measure completed a computer-based "flanker task" that measured their response accuracy and reaction times.

Before the task, about half of the participants wrote about their deepest thoughts and feelings about the upcoming task for eight minutes; the other half, in the control condition, wrote about what they did the day before.

The study that measured participants brain activity showed that while the two groups performed at about the same level for speed and accuracy, the expressive-writing group performed the flanker task more efficiently, meaning they used fewer brain resources, measured with electroencephalography (EEG) in the process.

Although much previous research has shown that expressive writing can help individuals process past traumas or stressful events, the current study suggests the same technique can help people, especially worriers,  prepare for stressful tasks in the future.

"Expressive writing makes the mind work less hard on upcoming stressful tasks, which is what worriers often get burned out over, their worried minds working harder and hotter," Moser said.

"This technique takes the edge off their brains so they can perform the task with a cooler head," said Tim Moran, a research scientist at Emory University in the US.

The findings were published in the journal Psychophysiology.