Did you know women’s Alzheimer’s risk differ from men’s?

New clues on why women's Alzheimer's risk differs from men's. 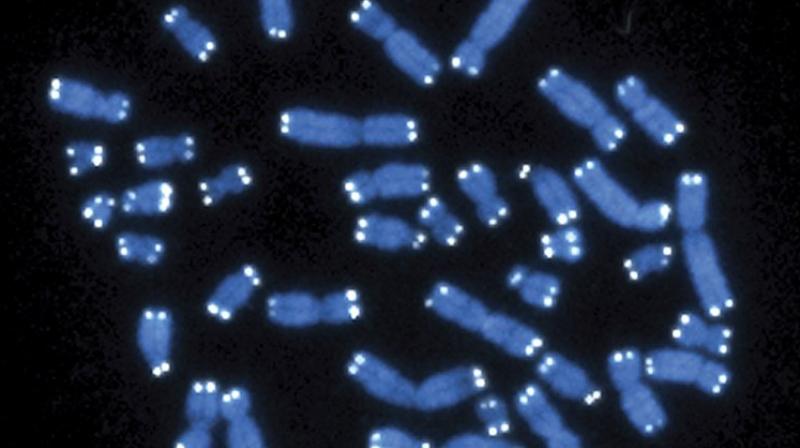 The researchers have a National Institute on Aging grant to do an international study on nearly 100,000 people to try to validate and extend the results. (Photo: AP)

Los Angeles: New research gives some biological clues to why women may be more likely than men to develop Alzheimer’s disease and how this most common form of dementia varies by sex.

At the Alzheimer’s Association International Conference in Los Angeles on Tuesday, scientists offered evidence that the disease may spread differently in the brains of women than in men. Other researchers showed that several newly identified genes seem related to the disease risk by sex.

Two-thirds of Alzheimer’s cases in the US are in women and “it’s not just because we live longer,” said Maria Carrillo, the association’s chief science officer. There’s also “a biological underpinning” for sex differences in the disease, she said.

Some previous studies suggest that women at any age are more likely than men to develop Alzheimer’s. Scientists also know that a gene called APOE-4 seems to raise risk more for women than for men in certain age groups.

At the same time, women with the disease in its early stages may go undiagnosed because they tend to do better on verbal tests than men, which mask Alzheimer’s damage. The new studies add more evidence and potential explanations for suspected variations between how men and women develop the disease.

Vanderbilt University researchers found differences in how tau, a protein that forms tangles that destroy nerve cells, spreads in the brains of women compared to men. Using scans on 301 people with normal thinking skills and 161 others with mild impairment, they mapped where tau was deposited and correlated it with nerve networks — highways that brain signals follow.

They found that tau networks in women with mild impairment were more diffuse and spread out than in men, suggesting that more areas of the brain were affected. It’s long been known that women do better on tests of verbal memory — skills like recalling words and lists. University of California, San Diego, and researchers found that women did better on these skills despite similar signs of early to moderate Alzheimer’s than men.

Using scans on more than 1,000 older adults, they found sex differences in how the brain uses sugar, its main energy source. Women metabolized sugar better, which may give them more ability to compensate for the damage from dementia and make them less likely to be diagnosed with it by tests that involve verbal skills.

At the University of Miami, scientists analysed genes in 30,000 people — half with Alzheimer’s, half without it — and found four that seem related to disease risk by sex. “One confers risk in females and not males and three confer risk in males but not females,” said one study leader, Eden Martin.

Researchers don’t know yet exactly how these genes affect risk — or by how much. “Some of these look like they’re tied to the immune system and we know there are differences between males and females” in how that works, said another study leader, Brian Kunkle.

Seven other genes seem to have a different effect on risks in men versus women. The researchers have a National Institute on Aging grant to do an international study on nearly 100,000 people to try to validate and extend the results.