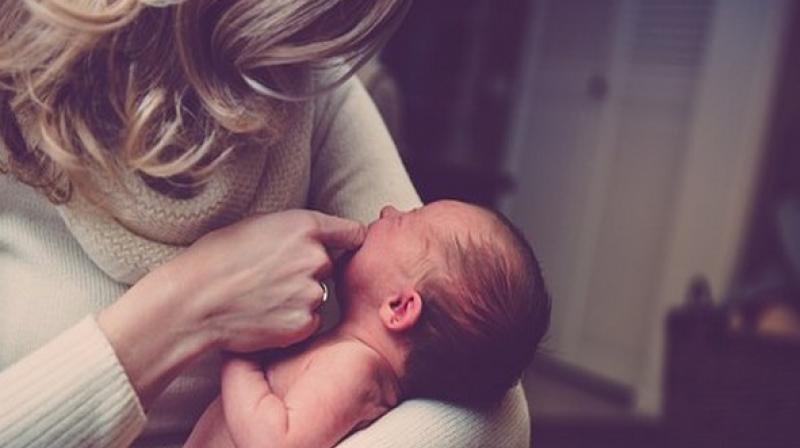 Researchers suggest that this finding underscores the diversity, variability, and flexibility in habitats and adaptive strategies these australopiths used to obtain food, avoid predators, and raise their offspring. (Photo: ANI)

Washington: While the present-day doctors and paediatricians promote the idea of breastfeeding a newborn for better health benefits, recent findings suggest that it was a prevalent practice during ancient times.

Breastfeeding Analysis of more than two-million-year-old teeth from Australopithecus africanus fossils found in South Africa have revealed that infants were breastfed continuously from birth to about one year of age.

Nursing appears to continue in a cyclical pattern in the early years for infants; seasonal changes and food shortages caused the mother to supplement gathered foods with breast milk.

"For the first time, we gained new insight into the way our ancestors raised their young, and how mothers had to supplement solid food intake with breastmilk when resources were scarce," said geochemist Joannes-Boyau, lead researcher of the study published in the Journey of Nature.

According to the team of researchers, these finds suggest for the first time the existence of a long-lasting mother-infant bond in Australopithecus. This makes the researchers rethink on the social organisations among our earliest ancestors.

"Fundamentally, our discovery of reliance by Australopithecus africanus mothers to provide nutritional supplementation for their offspring and use of fallback resources highlights the survival challenges that populations of early human ancestors faced in the past environments of South Africa," Said Justin W, another one of the lead researchers.

Australopithecus africanus lived from about two to three million years ago during a period of major climatic and ecological change in South Africa, and the species was characterised by a combination of human-like and retained ape-like traits.

While the first fossils of Australopithecus were found almost a century ago, scientists have only now been able to unlock the secrets of how they raised their young, using specialised laser sampling techniques to vaporise microscopic portions on the surface of the tooth.

Teeth grow similarly to trees; they form by adding layer after layer of enamel and dentine tissues every day. Thus, teeth are particularly valuable for reconstructing the biological events occurring during the early period of life of an individual, simply because they preserve precise temporal changes and chemical records of key elements incorporated in the food we eat.

By developing micro geochemical maps, we are able to 'read' successive bands of daily signal in teeth, which provide insights into food consumption and stages of life. Previously the team had revealed the nursing behaviour of our closest evolutionary relatives, the Neanderthals. With this latest study, the international team has analysed teeth that are more than ten times older than those of Neanderthals.

Researchers suggest that this finding underscores the diversity, variability, and flexibility in habitats and adaptive strategies these australopiths used to obtain food, avoid predators, and raise their offspring.