RWS is a new-age sickness where women are always in a hurry with a never-ending to-do-list, at least in their heads. 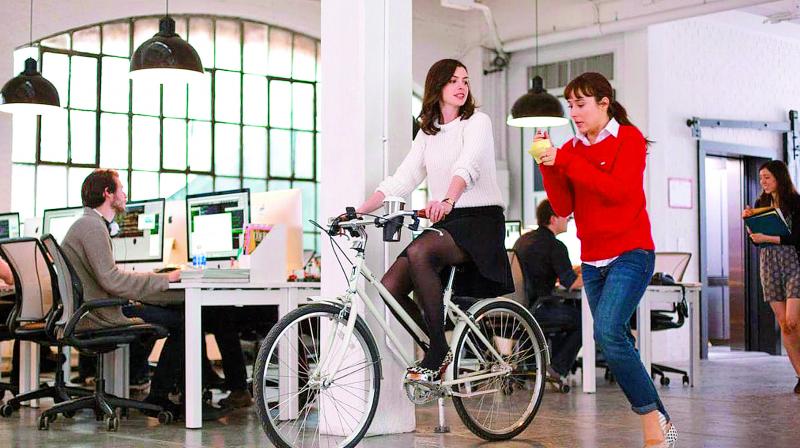 In the movie The Intern, Anne Hathaway’s character juggles office and home. She is usually so busy that she cycles on the work-floor, to go from one meeting to the other.

Have you heard of the Rushing Woman’s Syndrome (RWS)? Women who do a double shift — working professionally as well as fulfilling responsibilities at home are likely to be suffering from it. RWS is a new-age sickness where women are always in a hurry with a never-ending to-do-list, at least in their heads.

So how do you know if you are suffering from RWS? Ask yourself the following questions — When was the last time someone asked you how you were doing and you said (and really thought) that you were fine? Did you make a carefree conversation after that? Here’s the right answer —You know you are a victim of RWS if your immediate answer when someone asks you how you are doing is “busy”, “in a hurry” or “stressed”. Secondly, how long has it been that you exercised or meditated in the morning (not worrying about checking work emails or your children’s grades) and made a nice cup of tea for yourself? You probably cannot even recall the last time it happened.

Dr Libby Weaver, in her book about Rushing Woman’s Syndrome, talks about how modern women juggle their many responsibilities and often end up feeling out of control. Even on a holiday or during the weekends, women with RWS are stuck checking work emails, answering important calls and are probably on social media most of the time. Not only does this syndrome affect a woman’s sleeping pattern, but also her diet as she would mostly make poor food choices due to lack of time. According to Libby, the effects of RWS on women struggling with menopause are even worse. It also affects women’s menstrual cycles. So, it is important for women to take care of themselves. This includes eating healthy food, exercising and not taking many responsibilities.

Talking about RWS, psychologist Dr Srikanth Acharya says, “Women are able to multitask more efficiently than men, and this helps them cope even when they have a lot of things to do. However, it is important to prioritise tasks and make time for themselves. Women often live for others... they want to be a good mother, wife and be financially independent. This stops them from connecting to their own self and leads to stress and anxiety.” This could also have adverse health effects.

It is essential to take out at least one or two hours for yourself every day. “Disconnect with family, work and your boss. Switch off your mobile phone and spend time alone doing something you like. Cook your favourite meal or go for a long drive alone.”