With no known cure or preventive vaccine, the Nipah virus has the potential to cause a widespread outbreak, caution health care professionals. 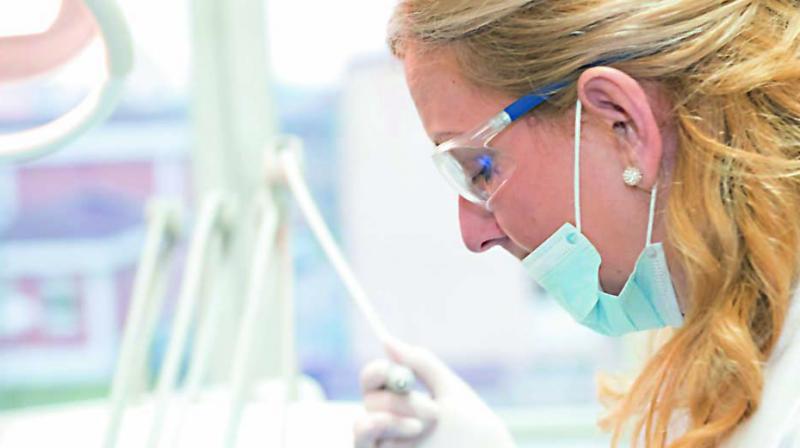 The infection is especially worrying as the symptoms do not show up early and can mimic traits of other viruses.

Following the outbreak of the Nipah virus infection (NiV) in Kerala, Hyderabad doctors have warned that the situation could become calamitous if not dealt with seriously.

The virus, which can be transmitted from animals such as pigs and fruit bats to humans, was confirmed in a 23-year-old from Kerala last week, one year after an outbreak in the state claimed 17 lives. And unlike other viruses, what makes the Nipah virus particularly worrying is that it does not have a cure, the symptoms do not show up early, and the symptoms are similar to several other viral infections.

Consultant physician at Apollo, Hyderguda, Dr Shaeq Mirza cautions, “It needs to be dealt with seriously. Otherwise, it has the potential to become a big catastrophe. It can lead to a lot of casualties and morbidity, especially with schools reopening and children returning to classes.”

India is a hotbed for the disease

Tropical weather, lack of adequate hygiene and dense populations are some of the reasons the disease has been recurring in India. “Given the density of our population, it can spread fairly quickly, especially in villages that do not have access to proper health care,” says Dr Mirza, who adds, “It’s a communicable disease, and like dengue and malaria, when it rains and things become dirty, the cases of infection rise.”

Further, he explains, “The disease starts off like a small viral fever and common cold before becoming more serious, leading to respiratory distress and in serious cases, even affecting the brain. The problem is that there is no known treatment or vaccinations. The only way out is through prevention by adopting better hygiene protocols and increasing awareness.”

This should be done by setting up health camps and making diagnostic tests available, especially in places where people are in contact with pigs and bats.

“The way to proceed is to have private sector and the government working together to have Reverse Transcriptase PCR diagnostic tests made available across health clinics so that the common man, if suspected to be carrying the infection, can be sent to such a centre by a doctor. Once the infection is confirmed, the infected person can then be quarantined and proper health care can be provided,” adds Dr Mirza.

Dr Pratik Patil, consultant physician at Fortis Hospital in Bengaluru says that in India, which has dense populations and close family ties, most people who get infected are usually from within the family of the patient. “It can be spread by close body contact or through body fluids,” he says.

However, in the 2007 outbreak, a horde of bats were found hanging from the trees around a patient’s residence, suggesting that the virus was caused by direct contact with the mammals.

Dr Patil adds, “Bats can reside on palm trees and toddy, created from the sap of such trees can be contaminated with a bat’s body secretions —saliva or urine. Since the toddy is not boiled but fermented, it can be dangerous. Similarly, drinking water from infected wells could be a possible source of infection.”

The infection is especially worrying as the symptoms do not show up early and can mimic traits of other viruses. In fact, initial symptoms include a fever, headache and cough.

“There are only off-label drugs in use, which means they are not evidence based. There are unconfirmed trials that do not reveal if they will have any effect on the virus. The only treatment involves supportive care, which means the patient must depend on his own immunity to cure himself,” says Dr Patil, who concludes, “It is important to not panic. If we start suspecting everybody without adequate reason, then it will become difficult to handle.”

Origin and past outbreaks of Nipah virus

The name originates from Sungai Nipah, a village in Malaysia where the virus was first identified. According to the World Health Organisation, the Nipah virus was first recognised in 1999 during an outbreak in Kampung Sungai Nipah, Malaysia. The outbreak among pigs infected approximately 300 people and killed over 100 people within a year. An outbreak was also reported in Singapore. However, no new outbreaks have been reported in Malaysia and Singapore since 1999. The virus was first recognised in Bangladesh in 2001. Since then, outbreaks have occurred almost every year. The disease has also been identified periodically in India since 2001.