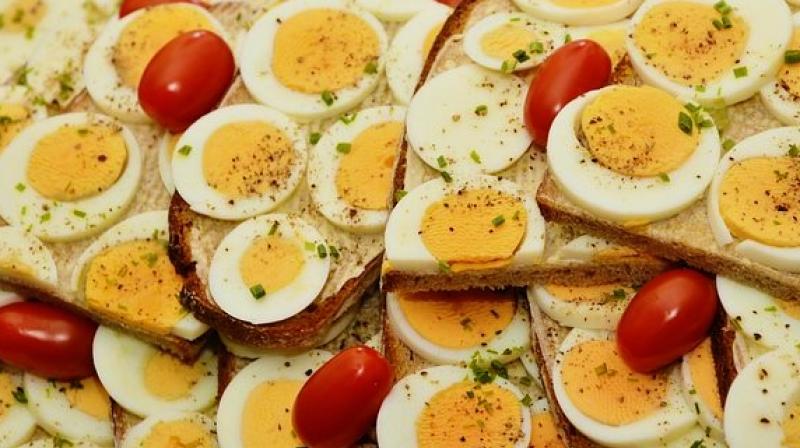 According to the researchers, people should keep dietary cholesterol intake low by reducing cholesterol-rich foods such as eggs and red meat in their diet. (Photo: Representational/Pixabay)

Washington: Don't crack that egg. Here's a sombre news for all the egg lovers out there. A recent study found that egg yolk contains higher level of cholesterol, which ultimately increases the chances of heart disease and early death.

The evidence for eggs has always been mixed. Previous studies found that eating eggs did not raise the risk of cardiovascular disease. But those studies generally had a less diverse sample, shorter follow-up time and limited ability to adjust for other parts of the diet.

"Our study showed if two people had exact same diet and the only difference in diet was eggs, then you could directly measure the effect of the egg consumption on heart disease. We found cholesterol, regardless of the source, was associated with an increased risk of heart disease." said corresponding study author Norrina Allen.

The data for the study was collected by using food frequency questionnaires or by taking a diet history. Each participant was asked a long list of what they'd eaten for the previous year or month. The data were collected during a single visit. The study had up to 31 years of follow up, during which 5,400 cardiovascular events and 6,132 all-cause deaths were diagnosed.

A major limitation of the study was that its participants' long-term eating patterns weren't assessed. "We have one snapshot of what their eating pattern looked like," Allen said. "But we think they represent an estimate of a person's dietary intake. Still, people may have changed their diet, and we can't account for that."