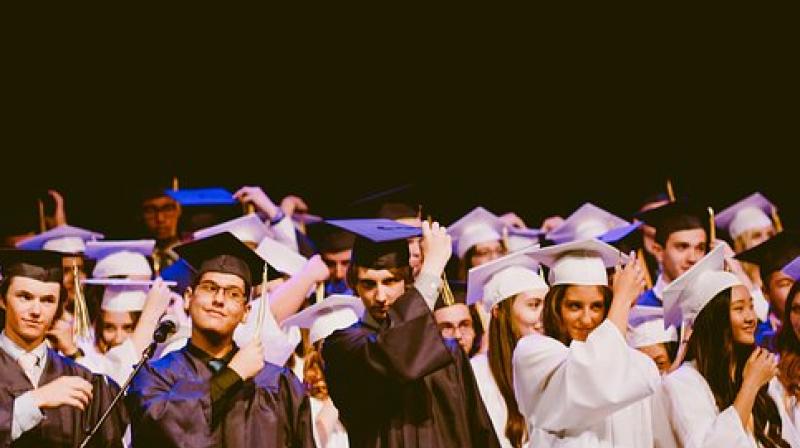 Theoretically, it could boost, weaken, or even reverse population trends in personality trait maturation. (Photo: Pixabay)

Scientists have found that university education has a dramatically positive effect on the development of non-cognitive skills like conscientiousness, extraversion and agreeableness, in addition to the expected intellectual benefits.

According to the researchers, university education coincides with the transition from adolescence into young adulthood. University training may alter this maturation process: Theoretically, it could boost, weaken, or even reverse population trends in personality trait maturation.

It may impact character skills development by providing students with exposure to new peer groups and extracurricular activities including sport, politics, and art, they said.

"Universities provide an intensive new learning and social environment for adolescents, so it is not surprising that this experience could impact on students' personality," said Sonja Kassenboehmer from the Monash University in Australia.

"It is good news that universities not only seem to teach subject-specific skills, but also seem to succeed in shaping skills valued by employers and society," said Kassenboehmer.

It provided measures of character skills before potential university entry, and follow up measures four and eight years later.

The results, published in the journal Oxford Economic Papers, indicated that every additional year spent at university is associated with increases in extraversion and agreeableness for youth from low socioeconomic backgrounds.

The findings showed that university education has positive effects on extraversion, reversing a downward sloping population trend in outward orientation as people age.

It also accelerates an upward-sloping population trend in agreeableness for students from low socioeconomic status, boosting agreeableness scores from the lowest levels observed at baseline to the highest levels at the eight-year follow up.

In addition, university education is associated with higher levels of agreeableness for both male and female students from low socio-economic backgrounds, who started from the lowest baseline scores in adolescence and experienced the steepest growth curve as they entered university.