Statins such as Lipitor and Crestor are cheap and lower LDL or bad cholesterol, but some people can't tolerate or get enough help from them 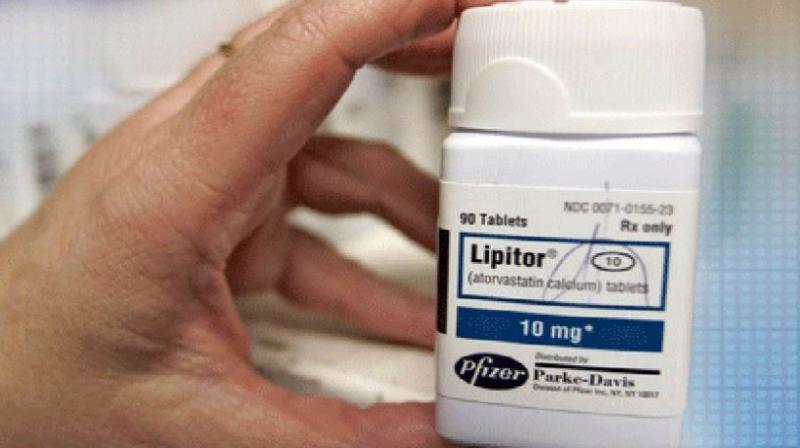 Statins have been regarded a bit controversial for a long time. (Photo: AP)

A long-acting cholesterol medicine cut the risk of having a heart attack or some other serious problems by 15 to 20 percent in a big study that's likely to spur fresh debate about what drugs should cost.

Statins such as Lipitor and Crestor are cheap and lower LDL or bad cholesterol, but some people can't tolerate or get enough help from them. The new drug, Amgen's Repatha, is given as a shot once or twice a month and is part of a novel class of medicines that drop LDL to unprecedented levels.

It costs more than $14,000 a year, and insurers have balked at paying without proof that it lowers heart risks, not just the cholesterol number. The new study gives that evidence, but the benefit is not as great as some doctors had hoped.

For every 200 people treated with Repatha for roughly two years, three fewer people would suffer a heart attack, stroke or heart-related death. But looked at by themselves, deaths were not reduced by the drug.

"That's a big benefit," said Dr. Marc Sabatine, the study leader, from Brigham and Women's Hospital in Boston. For millions of people with heart disease or high risk for it like those in the study, "it's worth it to be on this medicine."

But Dr. Donald Lloyd-Jones, preventive medicine chief at Northwestern University and an American Heart Association spokesman, called the results modest and "not quite what we hoped or expected."

Dr. Mark Hlatky, a Stanford University cardiologist and cost effectiveness researcher, said, "people were hoping for a breakthrough, a lot bigger result than 20 percent." For patients like Susan Goodreds, whose insurance copay for Repatha is $356 a month, it's not an easy choice.

"It's an expensive, expensive drug," the 74-year-old Florida woman said. "You have to make some real decisions about whether to stay on it." The results were published Friday by the New England Journal of Medicine and discussed at an American College of Cardiology conference.

Repatha and a similar drug, Praluent, called PCSK9 inhibitors, were approved in 2015 for people with inherited risk for high cholesterol, or heart disease that had already caused a problem such as a heart attack. The study tested Repatha in more than 27,500 people like this who had LDL above 70 (the recommended upper limit for such patients) despite maximum statin use.

After about two years, Repatha, used along with statins, reduced LDL from a median of 92 to 30. It also proved safe — side effects were similar to those from a dummy drug.

Repatha cut by 20 percent the combined risk of having either a heart attack, stroke or a heart-related death. That happened to nearly 6 percent of people on Repatha versus more than 7 percent on the dummy drug. The benefit grew with longer use, and was 25 percent the second year, said Sabatine, who consults for Amgen and other drugmakers.

The drug cut by 15 percent a broader set of problems — the ones above plus hospitalization for chest pain or an artery-opening procedure. Nearly 10 percent of folks on Repatha had one versus more than 11 percent on the dummy drug.

This last result is something insurers care about — preventing costly health care. "That's the biggest issue — whether they're worth all the money," Hlatky said of the drugs. If they cost 50 times as much as statins, "are they 50 times better? I don't think so."

For now, "we should still probably reserve these for the highest risk patients where statins are not doing a good enough job — at least at the price they are currently offered," said Lloyd-Jones.

Amgen said the drug's value justifies its cost, and offered more deals for insurers, including refunds for people who have a heart attack or stroke after using Repatha for at least six months.

Dr. Seth Baum, president of the American Society for Preventive Cardiology, said records from IMS Health, an information services company, show 83 percent of patients had claims rejected in the first year Repatha and Praluent were sold, and 26 percent of them won on appeal.

They include his patient, Goodreds, who was denied for seven months despite high genetic risk and a heart bypass. "It's hard not to give that drug" to patients now that a benefit has been shown, said Baum, who consults for Amgen and Praluent's makers — Regeneron Pharmaceuticals Inc. and Sanofi SA.

A study testing whether Praluent also lowers heart risks will wrap up later this year. The companies also are in a patent war over the drugs.