Tea, coffee can actually give you a long life

Caffeine, the ingredient that gives coffee, tea and some fizzy drinks a lift blocks chemicals in our blood that promote inflammation. 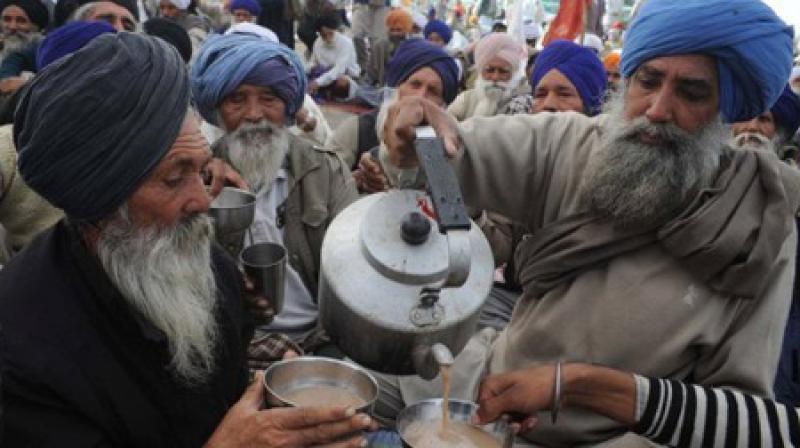 A chemical found in chocolate, theobromine, was also found to have an anti-inflammatory effect (Photo: AFP)

US scientists believe they've found the answer - and it's to do with caffeine. It helps to block chemicals in the blood that promote inflammation, they say.

The study was published in Nature Medicine. Drinking coffee and tea may help people to live longer by reducing chemicals in the blood that can trigger heart disease, researchers have found.

Now researchers at Stanford University believe they may have hit on a reason why a having a coffee or tea break is so good for us.

Caffeine, the ingredient that gives coffee, tea and some fizzy drinks a lift blocks chemicals in our blood that promote inflammation. Inflamed blood vessels are more likely to become stiffer - a risk factor for heart disease.

Inflammation also plays a key role in many other diseases, the research study said. Tests on the blood of people fewer of the chemicals linked to inflammation - were found to have more caffeine in their bloodstream.

Further investigation revealed that they, as might be expected, drank more coffee than their peers. A chemical found in chocolate, theobromine, was also found to have an anti-inflammatory effect, although not as pronounced as caffeine.

David Furman of the Stanford University's Institute for Immunity, Transplantaion and Infection said: 'More than 90 per cent of all noncommunicable diseases of aging are associated with chronic inflammation.'

Dr Furmann added: 'It's also well known that caffeine intake is associated with longevity. Many studies have shown this association. We've found a possible reason for why this may be so.'

His colleague Mark Davis added: 'Our findings show that an underlying inflammatory process, which is associated with aging, is not only driving cardiovascular disease but is, in turn, driven by molecular events that we may be able to target and combat.'

The authors found that in an ongoing study following participants aged 20-30, and another group of people aged 60, those who 'tended to drink more caffeinated beverages' had lower levels of inflammatory compounds in their blood.

Further tests in the laboratory in human cell cultures found that caffeine had an active role in combating the chemicals that trigger inflammation. The key chemical combated by caffeine is called Interleukin-1-beta.

Dr Davis said: 'That something many people drink - and actually like to drink - might have a direct benefit came as a surprise to us'.

'What we've shown is a correlation between caffeine consumption and longevity. And we've shown more rigorously, in laboratory tests, a very plausible mechanism for why this might be so.'