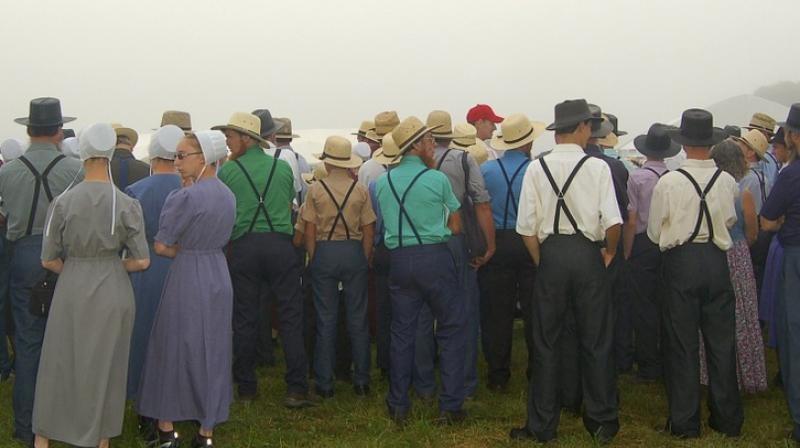 MIAMI: Scientists have found a genetic mutation in the Amish people of the midwestern United States that appears to make them live 10 years longer than people without it, a study said Wednesday.

The report in the journal Science Advances is the latest clue in a decade-plus search for the secrets to healthy aging in this traditional, Christian community that balks at most modern technology. Researchers in the US and Japan are currently testing an experimental drug that aims to recreate the effect of this mutation in people, in the hopes it may protect against age-related illnesses and boost longevity.

"Not only do they live longer, they live healthier," said lead author Douglas Vaughan, chairman of medicine at Northwestern University Feinberg School of Medicine.  "It's a desirable form of longevity."

Researchers studied 177 members of the Berne Amish community in Indiana, and found 43 who had one mutant copy of the gene, SERPINE1. These carriers lived to 85 on average, while those without it in the Amish community tend to live to 75.

Amish people with this gene mutation were also significantly less likely to get diabetes, and they had more efficient metabolisms. The key protein at play in the aging of cells appears to be PAI-1 (plasminogen activator inhibitor,), which is influenced by SERPINE1. PAI-1 is known to be related to aging in animals but its effect in humans has been less clear.

Northwestern University researchers have partnered with Japan's Tohoku University to develop and test an experimental drug that would inhibit the action of PAI-1, like in Amish people with the mutant gene. The drug has passed basic safety trials and is now being tested in phase 2 trials in Japan on how well it works on insulin sensitivity in people type 2 diabetes and obesity.

Northwestern is seeking regulatory approval to begin a US trial next year.