Teen girls may take longer to heal than boys, after concussion 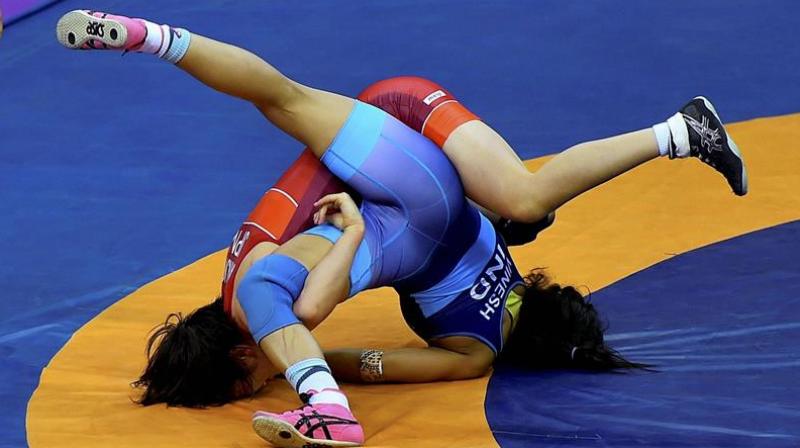 Researchers examined data on 110 male and 102 female athletes, ranging in age from 11 to 18 years, who sustained their first concussion while participating in sports. (Representational Image)

After concussion, teen girls may take longer to heal than boys

Female adolescent athletes may take more than twice as long to recover from concussions as their male counterparts, a small study suggests.

Researchers examined data on 110 male and 102 female athletes, ranging in age from 11 to 18 years, who sustained their first concussion while participating in sports.

Half of the girls reported still having symptoms at least 28 days after sustaining a concussion, while half of the boys no longer had symptoms after 11 days, the study found.

“We have known for at least the last decade that females who participate in similar sports as males have higher rates of concussion,” said Dr. Mark Halstead, director of the Sports Concussion Clinic at St. Louis Children’s Hospital.

“Boys and girls likely have different recovery courses, but we have to treat each concussion individually,” Halstead, who wasn’t involved in the study, said by email. “Adult coaches need to create an environment and culture for their players that stresses that a concussion is an important injury to not downplay and encourage the reporting of symptoms.”

Concussions represent almost 9 percent of all injuries in high school athletics, note Dr. John Neidecker, a sports concussion specialist in Raleigh, North Carolina, and his colleagues in the Journal of the American Osteopathic Association.

Emergency room visits for sports concussions have surged in recent years due to both heightened awareness of these injuries and the increased intensity and duration of practices and competitions, they write.

To assess the duration of symptoms, the researchers examined patient records for young athletes treated for concussions at one medical practice in New Jersey from 2011 to 2013. The athletes were 15 years old on average.

Injured boys most often participated in football, soccer, wrestling, lacrosse and ice hockey. Most of the girls who sustained concussions participated in soccer, basketball, softball, field hockey or cheerleading.

Overall, 75 percent of the boys recovered from their concussions within three weeks, compared to just 42 percent of girls.

There wasn’t a statistically meaningful difference in recovery time based on the type of sport played or whether athletes were participating in middle school or high school athletics.

Beyond its small size and focus on a single medical practice, another limitation of the study is that the medical records rely on teens to accurately recall and report their own symptoms during exams, the authors note. The researchers also didn’t have a complete picture of the circumstances that caused concussions or the severity of injuries.

It’s also possible that some of the difference in recovery time for boys and girls was due to pre-existing medical conditions, said Dr. Monica Vavilala, director of the Harborview Injury Prevention and Research Center (HIPRC) at the University of Washington in Seattle.

“More females had preexisting migraines and mental illness which may be very important and more so than inherent biological differences,” Vavilala, who wasn’t involved in the study, said by email. “Larger studies that specifically examine sex biology are needed to understand the effect of sex on recovery trajectory after concussion.”

While more severe concussions can produce more serious and lasting impairments, the study also didn’t detail the extent of cognitive, balance, vision or other symptoms, noted Anthony Kontos, research director of the Sports Medicine Concussion Program at the University of Pittsburgh.

“First and foremost, the current findings highlight the importance of seeking proper care following a concussion,” Kontos, who wasn’t involved in the study, said by email.

“There are a lot of treatment interventions from behavioral management to vestibular and vision therapy that help athletes recover from concussions,” Kontos added. “However, a large number - estimates are as high as 55 to 60 percent - of young athletes with concussions do not receive clinical care beyond the initial diagnosis.”