Life   Health  16 Oct 2017  Heart transported from Jaipur to Delhi to save life of 50-year-old
Life, Health

The harvested heart was flown down to Delhi by an Air India flight and landed at T3 at 2.40 pm on Saturday. 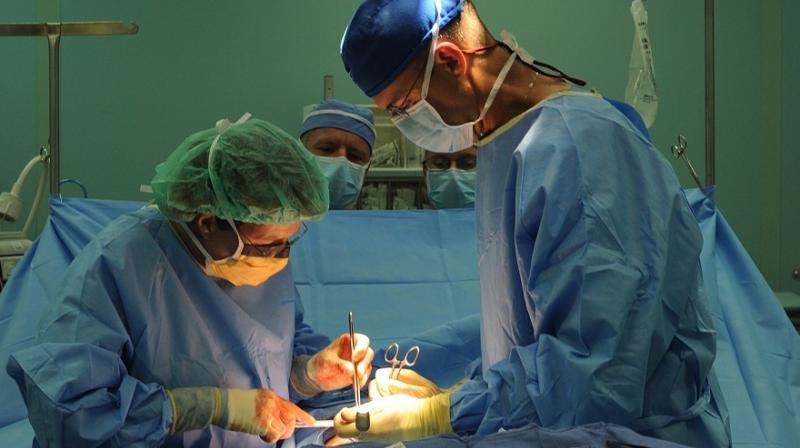 The 50-year-old recipient who got the heart of less than half his age, suffered from a condition called Cardiac ischemia. (Photo: Pixabay)

Doctors at Fortis Escorts Heart Institute performed a life-saving heart transplant in a 50-year-old male from Muzzafarnagar in Uttar Pradesh.

This eight heart transplant at FEHI was made possible when a 21-year-old male, a resident of Jaipur, was declared brain dead at Eternal Heart Care Center Hospital in Jaipur after being on life support for three days.

The harvested heart was flown down to Delhi by an Air India flight and landed at T3 at 2.40 pm on Saturday. A green corridor was created covering a distance of 21.3 kilometers over 30 minutes at 2.55 pm, primarily due to heavy festival rush on the route.

The 50-year-old recipient who got the heart of less than half his age, suffered from a condition called Cardiac ischemia. It's the term given to heart problems caused by narrowed heart arteries which prevents adequate blood and oxygen reaching the muscles of the heart. It also often causes chest pain or discomfort known as angina pectoris.

"The recipient had undergone stenting twice, the first time in 2008 and subsequently in 2010. He also had an ICD (Implantable Cardioverter Defibrillator) or a pace-maker recently in 2016.

However, his condition continued to deteriorate rapidly and by now his ejection fraction (EF) was barely 15% as compared to a normal heart that has an EF of 55-60%," explained Dr Z S Meharwal, Director, Cardio Thoracic Vascular Surgeon, FEHIwho conducted the intricate transplant.

The recipient had moved to stay in Delhi since the past two months after his health deteriorated rapidly.

The recipient was under the treatment of Dr Vishal Rastogi, consultant and incharge, Heart Failure & Left ventricular Assist Program, FEHI for his heart failure.

This was the eighth heart transplant which was conducted by Dr Z S Meharwal, Director, CTVS, FEHI who explained how this transplant was made possible.

The donor heart became available for transplant when the family of the donor consented to donate organs; i.e. heart, kidneys, and liver following informed counselling.

The Cardiac Transplant Team from FEHI flew down to EHCC Hospital, Jaipur and retrieved the heart from the donor at 1pm on Saturday. The Police and Traffic authorities immediately created a green corridor for immediate transfer of the harvested heart in both the cities. The heart was carried from Jaipur to Delhi in a passenger flight.

Dr Ashok Seth, Chairman, Fortis Escorts Heart Institute and medical governance board recognised the effort of donor family and said, "There has been a slow but steady growth to the cause of organ donation across India owing to an increased awareness. This is a good sign as many lives are being saved with the available deceased donor organs. It is an absolute honour to be a part of a healthcare network which has been working dedicatedly for the cause of organ donation across various centers."

Dr Kousar Ali Shah, Zonal Director, FEHI, said, "We've come a long way since we conducted our first heart transplant at this unit in January 2015. We are humbled by the donations made by donor families to save so many lives, despite their time of grief. We are indebted to the support from NOTTO, Clinicians & Nursing staff, Police & Traffic authorities and the kin of donors, who make each transplant a reality."