According to experts, people are realising that screens can cause addiction among children, and in extreme cases autistic problems. 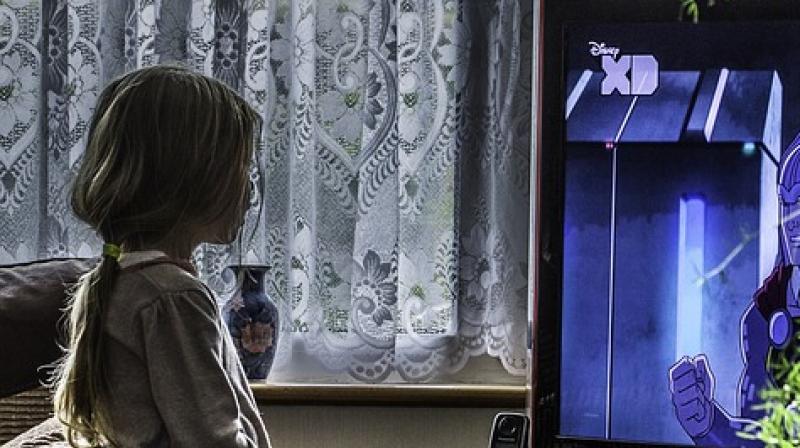 Studies also find that children over-exposed to them are the ones who find it hardest at school. (Photo: Pixabay)

Cannes: Regulators and programme makers are at odds over whether small children should be banned from watching television or using tablets and smartphones.

France urges parents not to allow children under three to watch TV, and American paediatricians also favour a total ban on screen time until at least 18 months.

"People are realising that screens can cause addiction even among very small children, and in extreme cases autistic problems, what is called virtual autism," she said.

"Silicon Valley also knows this. There are lots of educational apps for babies, but in the end the results are counterproductive," Bienaime-Besse said.

Studies show that "children over-exposed to them are the ones who find it hardest at school," she said.

France banned its broadcasters from targeting under-threes in 2008, and blocked Fox-owned BabyTV from launching there.

But some programme makers insist that bans do not work, especially with so many parents using television and devices to "babysit" their children.

"It is admirable, but probably unrealistic" to try to keep small children away from screens, said Alice Webb, who heads the BBC's children's arm, CBBC, and the CBeebies network for pre-school children.

"Those times are long gone. Digital is everywhere. This is a tide you cannot get ahead of," she told top TV executives Sunday at the MIPJunior gathering at Cannes on the French Riviera.

That said, the British public broadcaster is so worried about the digital "wild, Wild West" children are growing up in that it is holding a global summit in December to try to put heads together on how they might be better served and protected.

"We need to have this conversation now because we don't want to be saying to ourselves in 10 years time, 'What did we do to our children?'" Webb told AFP.

She said the BBC aimed CBeebies at children from two upwards, "but we know children younger than that are watching. So we have to be realistic about this, and bear those children in mind" knowing that the TV or a tablet may be their "babysitter".

"We have games and apps that are about helping children develop the cognitive skills that a two-year-old needs. This is about learning on screen and in the real world at the same time, it is not an either or and it's all about moderation," Webb argued.

For older children, Webb said it was "impossible to think we can control what goes online".

She said the only answer was to "teach children what is and is not for them... how to develop critical thinking and how to cope when they see things they don't want."

She said the BBC is setting up a new online resource called "Own It" to help children deal with the dangers and challenges of social media.

While Instagram, Twitter and Facebook claim that only teenagers over 13 are allowed onto their networks, Webb said that in the UK 75 percent of 10-year-olds and above are on social media.

Despite what the social media giants say, "statistics suggest otherwise and they are finding it harder to stand behind that line," Webb said.

Bienaime-Besse said regulators need stronger powers so they can act against inappropriate online content in the same way as they do with traditional broadcasters.

And she was sceptical that the industry would regulate itself when it came to younger children.

However, "if you go to Silicon Valley, all the big tech executives send their children to Montessori schools without screens and just blackboards.

"And Steve Jobs of Apple did not allow his children to use an iPad."

Bienaime-Bess said parents had to wake up to "what we are holding in our hands. A child who cannot defend themselves should be protected from the harm that these very useful tools can bring.

"Kids should become masters of technology by learning coding" rather than being slaves to it, she said.