Bowel cancer may be treated by probiotics 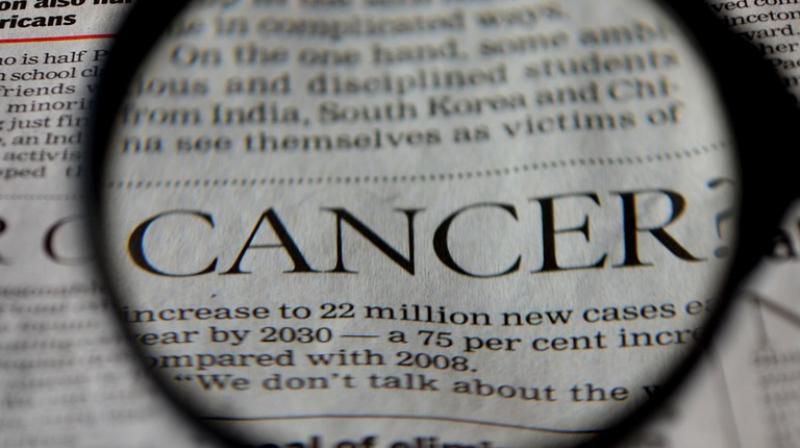 Alteration of the gut microbiome with probiotics may become a new preventative or therapeutic strategy for patients at risk for colorectal cancer (Photo: Representational image)

Researchers at Baylor College of Medicine, Texas Children's Hospital and Columbia University in the US found that administration of histamine-generating gut microbes reduced inflammation and tumour formation in mice which lacked that ability to produce histamine on their own.

These results suggest that alteration of the gut microbiome with probiotics may become a new preventative or therapeutic strategy for patients at risk for colorectal cancer associated with inflammatory bowel disease.

"We are on the cusp of harnessing advances in microbiome science - the study of the microbes living in our body – that would facilitate diagnosis and treatment of human disease," said James Versalovic, Professor at Baylor College of Medicine.

"By simply applying diet-based cancer prevention strategies, such as supplementing microbes that provide missing life substances, we can potentially reduce the risk of cancer," said Versalovic.

Previous studies had shown that histamine, a chemical produced by the body that is well-known for its role in allergic disease, also may have a potential antitumour effect.

In the new study, researchers investigated whether the probiotic L reuteri 6475, which is able to generate histamine, had the ability to reduce the frequency and severity of inflammation-associated colorectal cancer in mice that were not able to produce histamine on their own.

The researchers conducted a series of experiments using mice that were deficient in histidine decarboxylase, the enzyme required to convert L-histidine to histamine.

The probiotic was administered both before and after the mice received a single treatment to induce tumour formation.

Fifteen weeks later, the mice were sacrificed and the tissues removed for study.

The animals treated with L reuteri 6475 showed increased expression of bacterial histidine decarboxylase enzyme and of the amount of histamine in their colons.

Positron emission tomography (PET) used to visualise the tumours showed that these mice had fewer and smaller tumours than control mice.

"These observations are consistent with the conclusion that histamine-generating probiotic L reuteri may attenuate development of colorectal cancer in the animal model, at least in part, via reduction of a pro-cancer inflammatory response," said Versalovic.