Ebola death toll 41, outbreak ‘hard to control’ because cases are in conflict zone

Virologists have already warned the situation is ‘hard to control’ because the cases are in a conflict zone, roamed by armed militias. 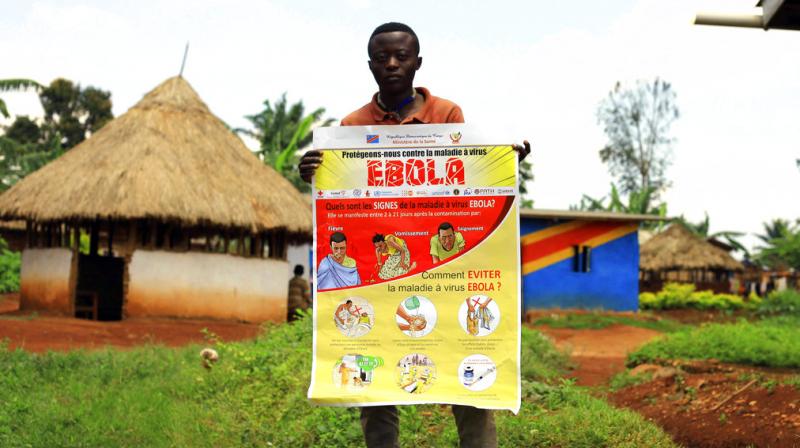 The Ebola virus is considered one of the most lethal pathogens in existence, and was responsible for the brutal pandemic of 2014 that sparked international fear. (Photo: AP)

According to new reports, 41 people have perished form Ebola in a fresh outbreak in the Democratic Republic of Congo.

A news published in MailOnline cite official figures that say the death toll gas jumped by a fifth in the space of weeks while air workers try to control the situation round the clock.

Virologists have already warned the situation is ‘hard to control’ because the cases are in a conflict zone, roamed by armed militias. This means those infected could be displaced into refugee camps, where they could easily spread the virus.

In a desperate attempt to stem the outbreak, the World Health Organization's chief called for an end to the fighting in the DRC.

Dr Tedros Adhanom travelled to east DRC to examine the situation in person and told reporters in Switzerland he was 'actually more worried after the visit than before'.

Speaking to reporters he said, “We call on the warring parties for a cessation of hostilities because the virus is dangerous to all. It doesn’t choose between this group and that group.”

The Ebola virus is considered one of the most lethal pathogens in existence, and was responsible for the brutal pandemic of 2014 that sparked international fear.

The outbreak, feared to have infected 57 people, on the border of Uganda was announced just days after another was declared over in the north west DRC.

Speaking to MailOnline, Professor Paul Hunter, a virologist at the University of East Anglia, praised an experimental vaccine that can stop the spread of Ebola.

He added, “However, the effectiveness of any immunization campaign depends on the ability to deliver that vaccine to the appropriate people is a timely manner.”

The unsafe burial of a 65-year-old Ebola sufferer triggered the latest outbreak in the DRC, according to the World Health Organization (WHO).