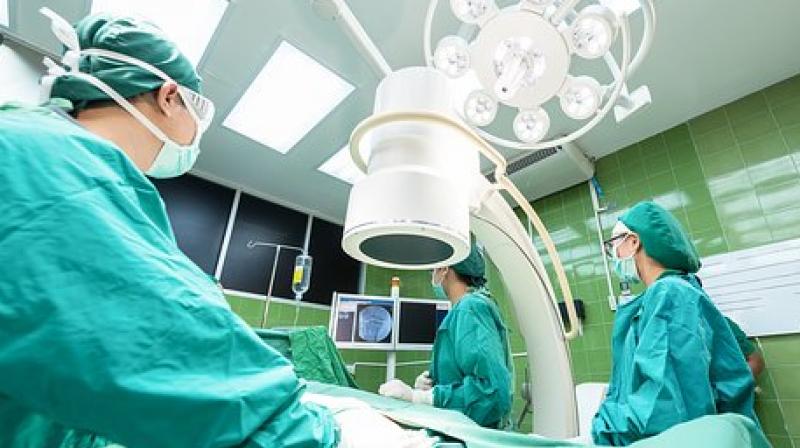 The motivation for the research was a case in an American hospital in which gowns were suspected of contributing to transmission of C difficile. (Photo: Representational/Pixabay)

London: Surgical gowns and stainless steel remain contaminated with the pathogen Clostridium difficile even after being treated with the recommended disinfectant, according to a study led by an Indian-origin scientist.

"The spores of the bacteria were able to grow after decontamination," said Tina Joshi, Lecturer in Molecular Microbiology, University of Plymouth, UK. "This shows that spores are becoming resistant and we need to reconsider how we decontaminate and employ hygiene measures in hospitals," Joshi said. C difficile infects roughly half a million Americans annually, killing 29,000.

New strains are responsible for hard-to-treat cases of severe illness, according to the study published in the journal Clinical Microbiology Reviews, a journal of ASM. Symptoms can range from diarrhoea to fever, rapid heartbeat, inflammation of the intestines, and kidney failure. This pathogen commonly affects older adults in hospitals and in long-term care facilities. The motivation for the research was a case in an American hospital in which gowns were suspected of contributing to the transmission of C difficile, said Joshi.

The gowns were found to be contaminated with the deadly 027 strain of C difficile. The researchers examined the ability of C difficile to adhere to, and subsequently transfer from hospital surgical gowns, by applying spores in sterilised water, at a concentration of one million per millilitre (ml), directly to the surgical gowns in liquid for 10 seconds, 30 seconds, one minute, five minutes, and 10 minutes before being removed and discarded.

That methodology was designed to mimic the transfer of infectious bodily fluids in the clinical setting in order to assess the potential for transmission to patients. The numbers of spores recovered from gowns did not increase with the contact time, suggesting that the spore transfer between surfaces occurred within the first 10 seconds of contact, said Joshi.

The single-use gowns are ineffective at trapping spores within their fibres and preventing the onward transmission of spores as demonstrated by spore recovery from the gowns, according to the researchers. This highlights the importance of ensuring that single-use surgical isolation gowns are used appropriately in infection prevention and control.

The gowns were ultimately treated with a disinfectant containing 1,000 ppm chlorine for 10 minutes. The disinfectant failed to clear the gowns of C difficile. That "showed that the gowns can pick up and retain the spores," said Joshi. The spores on stainless steel and vinyl flooring also remained viable after treatment with the disinfectant.

"Due to this resistance, it may be prudent to reconsider how much biocide we use currently, and to ensure infection control is standardised. This work can be applied to hospitals anywhere in the world, and should help inform future guidelines on infection control and biocides," said Joshi.