Rescued Thai boys may be at risk of 'cave disease', experts warn

Having survived extreme conditions of Tham Luang cave, for more than 2 weeks, it is feared they may all be at risk of speleonosis. 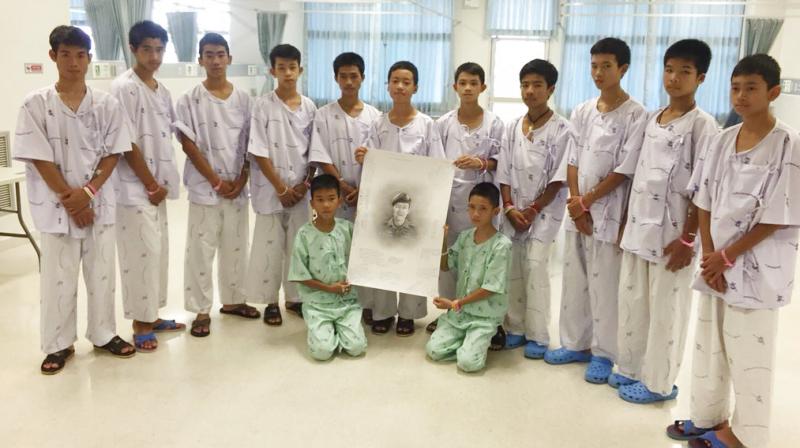 Urine, blood and lung tests can detect the deadly fungus, which could, in theory, have been spread by the boys walking through the cave.

The Thai boys and their coach who were trapped inside a flooded subterranean dungeon for more than two weeks may be at risk of 'cave disease', experts fear.

All twelve of the boys and their coach were rescued following a dangerous three-day mission, which involved extracting them to safety through miles of claustrophobic underground tunnels.

However, after surviving the extreme conditions of the dank Tham Luang cave, in the hilly jungle of northern Thailand for more than two weeks, it is feared they may all be at risk of speleonosis, or cave disease.

Four of the boys already rescued are battling lung infections, but none are showing signs of a fever - considered a hallmark sign of speleonosis.

It comes after experts yesterday warned some of the Wild Boars football team may never be able to swim, be in the dark or rooms with closed doors ever again.

Writing for ABC News, Dr Craine said that the 13 people who were stuck in the underground caves have more challenges ahead.

Speleonosis, first described in the 1940s, is caused by a fungus that grows in soil called Histoplasma capsulatum.

The fungus can be found all across the world, but caves are known to be 'special breeding grounds', Dr Craine warned.

Urine, blood and lung tests can detect the deadly fungus, which could, in theory, have been spread by the boys walking through the cave.

The 13 were trapped during a visit on June 23 when monsoon floods blocked the cave exit and forced them back three miles into the mountain – where they have stayed on a ledge starving in the darkness.