Millions of people around world are infected each year by mosquito, which can carry dengue, Zika and chikungunya, among other killer bugs. 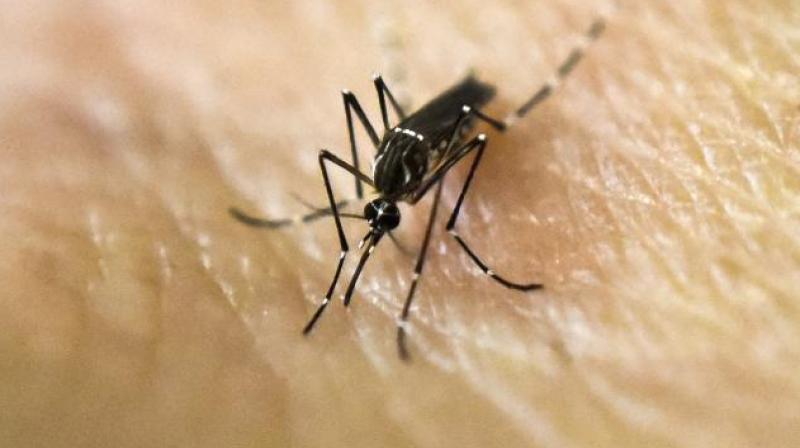 Zika is an 'urgent' threat to humanity, while the other two pose 'major' danger, says the World Health Organization. (Photo: AFP)

A landmark experiment saw more than 80 per cent of deadly disease-carrying mosquitoes being wiped out.

Scientists sterilised millions of killer Aedes aegypti mosquitoes, considered one of the world's most dangerous pests.

The results of the experiment sees the Australian team now hoping they have a way of tackling the insects which are spreading across the world with global warming.

Millions of people around the world are infected each year by the mosquito, which can carry dengue, Zika and chikungunya, among other killer bugs.

Zika is an 'urgent' threat to humanity, while the other two pose 'major' danger, says the World Health Organization.

The mosquitoes, which have white markings on their legs, were then infected with the Wolbachia bacteria, which renders them sterile.

The killer insects, which have white markings on their legs, were infected with the Wolbachia bacteria, which renders them sterile.

Scientists released them into the wild at trial sites around Innisfail, a town with a population of around 7,000 in northern Queensland.

Over the course of three months, they mated with females who laid eggs that did not hatch - causing the population to plummet.

The trial, described as a victory by the researchers, was funded by Google's parent company Alphabet.

It was led by experts from The Commonwealth Scientific and Industrial Research Organisation and James Cook University.

Speaking about the study, Dr Kyran Staunton, a researcher involved in the study from James Cook University, said, “We learnt a lot from collaborating on this first topical trial.” He further added, “We're excited to see how this approach might be applied in other regions where Aedes aegypti poses a threat to life and health.”

The process, known as the Sterile Insect Technique has been used successfully by scientists since the 1950s.

But this was the first time researchers had been able to use it against Aedes aegypti mosquitoes.