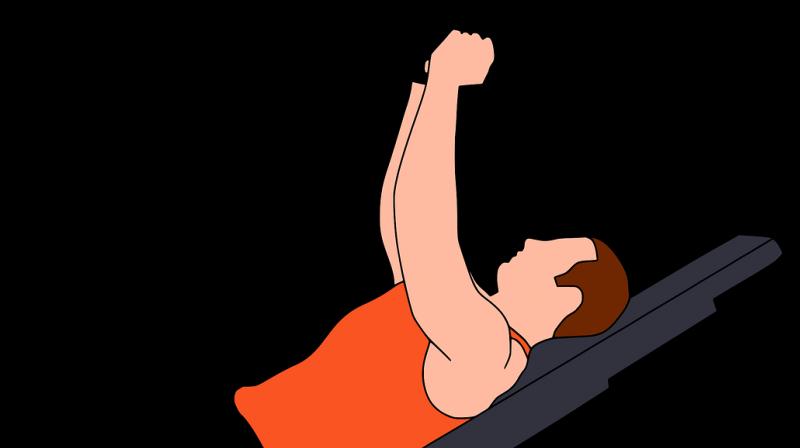 Washington: Turns out, the high-intensity workout program, CrossFit, can do more than just get you in shape.

According to a study conducted by The Physiological Society, a six-week CrossFit exercise programme can lead to improved control of blood sugar levels and decreased risk of heart disease in people with type 2 diabetes.

Diabetes is a lifelong condition that causes a person's blood sugar level to become too high. Type 2 diabetes is the most common form, which is where the body doesn't produce enough of the hormone that controls sugar levels, called insulin. People with type 2 diabetes are at significantly higher risk of heart disease. A primary focus for managing diabetes is exercise, as it has been shown to improve the body's ability to control sugar levels by making the body more sensitive to the insulin produced.

However, adherence to exercise advice is particularly low amongst those with type 2 diabetes, who are mostly overweight or obese, with lack of time being cited as one of the greatest barriers to regular exercise. This new research suggested that a high-intensity exercise programme such as CrossFit improves the ability of the body to control blood sugar levels by reducing the amount of insulin required.

Importantly, these improvements appear to be similar to the sort of change we would expect from more traditional exercise interventions, despite participants spending considerably less time exercising than health guidelines recommend.

CrossFit, therefore, offered a time-effective exercise approach for people with Type II diabetes who struggle to maintain daily exercise. CrossFit is a high-intensity training intervention incorporating both endurance and strength training. Sessions range from 8-20 minutes in duration and represent a far more time-effective form of exercise than traditional exercise interventions.

CrossFit has been growing in popularity over the past decade, although until now it was not clear whether such forms of exercise would improve the ability of individuals with Type II diabetes to control their sugar levels.

For this research, thirteen overweight/obese patients with Type II diabetes were recruited to participate in a 6-week CrossFit exercise programme. Participants' blood sugar levels and insulin sensitivity (an individual's ability to reduce high blood sugar levels effectively) were assessed both before and after the exercise programme, in addition to their blood chemistries and blood pressure, which were tested to predict heart disease risk.

The study appears in the journal Experimental Physiology.