The vast population of India is facing a disaster among the elderly and infirm. 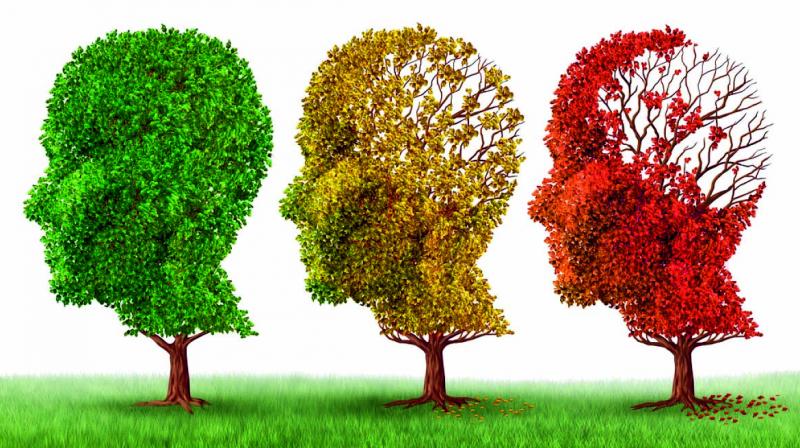 The study reports full restoration of the memories of 75 per cent of the mice they tested it on, with zero damage to the surrounding brain tissues.

A report that an Australian research has found new treatment that will fully restore memory function in patients with Alzheimer’s has given hope to those suffering from the disease.

Alzheimer’s disease is the most commonly occurring form of dementia, which refers to a set of symptoms, including memory loss and difficulty with thinking, language or problem-solving. If a person has Alzheimer’s, it’s usually the effect of a build-up of two types of contusions — amyloid plaques (protein normally found in the body) which are one of the two brain abnormalities that define Alzheimer’s disease, and neurofibrillary tangles (again a protein) that is known as the primary maker of the disease).

The vast population of India is facing a disaster among the elderly and infirm. The crisis is the terrible degenerative disease of Alzheimer’s that can affect anyone at any time without warning and linger until it takes its final, life-threatening toll on the victim.

The condition can be present in patients in their 50s but becomes obvious later and, in unusual cases, can present itself as early onset Alzheimer’s in those in their 40s. The symptoms of this horrifying condition are as cryptic as its origins.

Patients of this feared condition require continuous care and curative attention, particularly when the disease reaches an advanced stage, and although the condition is deadly, it is not uncommon for a patient to linger for years in a hazy, helpless condition, requiring help with even the most basic of bodily functions.

The new treatment is a boon to mankind if it turns out to be successful.  As we don’t have any kind of vaccine or preventative measure for Alzheimer’s, it’s been a race to figure out how best to treat it. It’s a disease that affects 50 million people worldwide with a total of 3.7 million people in India. People over the age of 60 are becoming victim of Alzheimer’s, with women constituting 70 per cent of the total burden of the disorder.

Some studies from Canada in mouse models claim to reduce the burden of Alzheimer’s in these animal models. However, there are further tests to be done to determine if it can be successfully used on Alzheimer’s patients.

The latest Australian research was done by a technique using a particular type of ultrasound called Magnetic Resonance Guided Focused Therapeutic Ultrasound which non-invasively beams sound waves into the brain tissue. These sound waves are able to gradually open up the blood-brain hurdle, which is a layer that protects the brain against bacteria, and stimulate the brain’s microglial cells to move in.

The study reports fully restoring the memories of 75 per cent of the mice they tested it on, with zero damage to the surrounding brain tissue. They found that the treated mice displayed developed performance in three memory tasks — a maze, a test to get them to distinguish new objects, and one to get them to recollect the places they should dodge.

Another advantage that was found was increased permeability of endogenous immunoglobulins that were helpful in counteracting the changes of Alzheimer’s.

Yet another study showed that MRgFUS (magnetic resonance-guided focused therapeutic ultrasound surgery) improved the function of the hippocampus, a cell structure in the brain responsible for the symptoms of Alzheimer’s disease.

These works, though at a very preliminary stage, offer additional potential to counter this devastating disease. — The author is director of neurosurgery at Jaslok Hospital and Research Centre in Mumbai