Why some say the way we grow rice, could be bad. 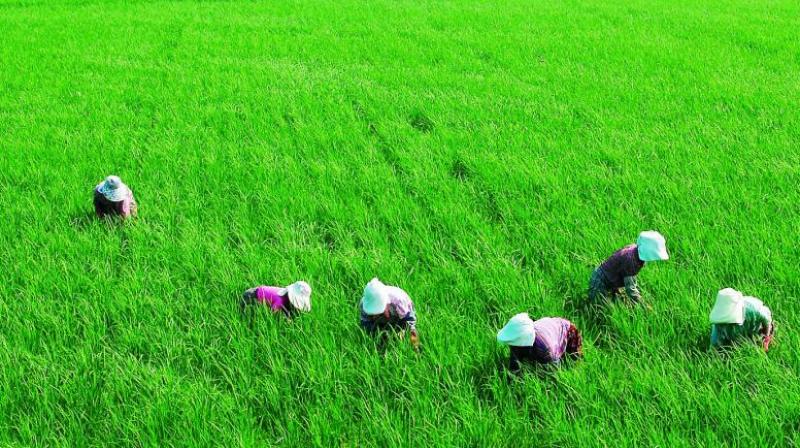 Rice has around 10–20 times more arsenic than other cereal crops as rice is cultivated in flooded conditions.

In Europe, there’s currently a scare about arsenic in rice. Well, the good news is rice in India has not been found to contain the cancer-causing arsenic the West is so worried about. But the bad news for us is that the Indian brand of basmati has started to pose a veritable threat at home because the un-rinsed cereal contains dangerous doses of pesticides. The irony here is the fact that basmati is the most benign among the rice varieties in Europe.

Should I be concerned about arsenic in my rice?, read the title of a recent report by the BBC. But the first scare was in 2014 when some 1,000 samples were tested... prompting WHO to issue stern guidelines. Perhaps it’s due to India’s soil conditions that arsenic is scarcely found in Indian rice varieties. Arsenic, beyond permissible levels, is carcinogenic and Europe has mounted mitigation efforts because rice intake there has been steadily increasing.

Later, when the EU came out with a shocking report in 2015 about high levels of arsenic being found in rice there, panic set in, in India. The government sent out a directive to all the food safety departments in the country and Kerala, where rice is staple food, sent its rice samples to the lab. There was relief on the arsenic front but a twist was in store. It was found that the ‘basmati’ variety had high level of pesticides. This, however, had nothing to do with the soil or suspicious farming practices. It was the handiwork of wholesale merchants desperate to increase the shelf-life of  the basmati they were storing. The BBC had reported that Arsenic is a naturally-occurring element which can be found in soil and water. It can be toxic, particularly in the form of inorganic arsenic (iAs). Arsenic is mostly found in soil and water where small amounts can get into food. But agriculture scientists says that by washing rice in running water, the levels of arsenic can be brought down. But rice has around 10 – 20 times more arsenic than other cereal crops as rice is cultivated in flooded conditions. This actually enables the arsenic to leave the soil and enter the rice.

But the very same water-logged cultivation practice has not endangered our rice. Prof. Thomas Biju Mathew who heads the Pesticide Residue Research & Analytical Laboratory at Kerala Agriculture University says there was no need to panic as the State is yet to detect arsenic in rice.  “When the national accredited lab affirmed in 2015 that there were no levels of arsenic in rice from Kerala, it came as a relief to many. But the main villain is 'basmati' rice that is being cultivated in Punjab and Haryana,” said Dr. Mathew said.

This is not to say that non-basmatic varieties all over the country are safe. R. Sredhar, a green activist, said arsenic was found in rice collected a few years ago from certain areas in Punjab, West Bengal and Bangladesh. He said rice should not be cultivated in areas such as Punjab where cultivation is done in large swathes of irrigated area into which arsenic sneaks in through scores of borewells.