Teens who use e-cigarettes or hookahs are more likely to start smoking conventional cigarettes within a year. 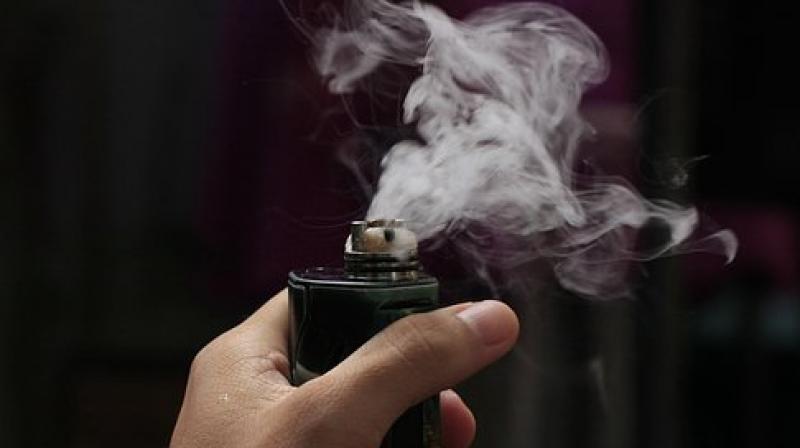 Any form of tobacco, including e-cigarettes, was associated with future smoking. (Photo: Pixabay)

Teens who use e-cigarettes or hookahs are more likely to start smoking conventional cigarettes within a year, a study has found.

Researchers from University of California, San Francisco (UCSF) in the US analysed data from a sample of more than 10,000 adolescents, aged between 12 and 17.

It is the largest study to date to estimate the impact between alternative tobacco use and the subsequent start of conventional cigarette smoking in youth.

Any form of tobacco, including e-cigarettes, was associated with future smoking, especially when adolescents used more than one product, researchers said.

As a result, novel tobacco products have the potential to undermine public health gains in combating smoking, the researchers said.

"We found that teens who experimented with tobacco in any form were at greater risk of future smoking," said Benjamin W Chaffee, assistant professor at the UCSF.

"In the last few years, research has focused on the potential of e-cigarettes to engage never-smoking adolescents in tobacco use," Chaffee said.

"Our findings confirm that the use of the full range of tobacco products, including e-cigarettes, cigars, tobacco water pipes, and smokeless tobacco, is associated with greater odds of future cigarette smoking," he said.

About 90 per cent of adult smokers smoked their first cigarette by the time they were 18. Earlier studies have shown that smoking a single cigarette per month during adolescence is tied to daily smoking during adulthood.

In 2016, nearly four million middle and high school students used at least one tobacco product, and 1.8 million of the students reported using two or more products, studies have shown.